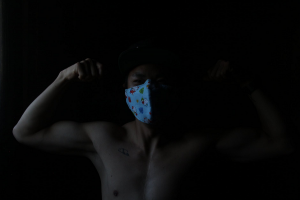 The bitcoin (BTC) hash rate spiked and is now at a new all-time high according to new data streams from BitInfoCharts.

At 120 EH/s, it appears as if traders and the investor community are unfazed by recent price drops.

The world’s most valuable digital asset is trading below $8,500, and there are fears that the asset could slump further in light with the shocks in the stock market and the effect of Coronavirus which is threatening to be a pandemic.

Coronavirus in China and Bitcoin Mining

There were concerns that the widespread of the flu-like disease would negatively impact operations of Bitcoin mines in China.

Most Bitcoin miners are located in China thanks in part to the proximity of chipset manufacturers like Bitmain and Canaan, and the favorable rates of power of around 3 cents. China’s Wuhan city is said to be the epicenter of the virus.

The virus has since spread to other cities and countries including Europe and the US where deaths have been reported.

Its contagious nature means firms operating bitcoin miners—at the outskirt of the city and in remote areas, must take drastic measures where they can access cheap power and cooling.

However, that appears not to be the case. The network’s computing power is a metric that hints of renewed participation.

Bring on the halvening 🚀 pic.twitter.com/S5eXqayzlt

As more miners plug in and funnel new hash, the network becomes even more difficult for third parties to launch attacks through a majority or a 51% Attack.

Bitcoin gold wants to be a more decentralized bitcoin, now being hit by a 51% attack. Comedy gold 😂

At current state, Bitcoin is hacker proof and technically not economically feasible to attack.

Losses, given the nature of decentralization and the demand of user responsibility, stems from user negligence and vulnerabilities stemming from cryptocurrency exchanges.

Crypto exchanges like Binance, are popular ramps through which traders and investors, can funnel funds from the traditional fiat network to the nascent but promising crypto.

Nonetheless, with hash rate following price, it remains to be seen whether hash rate will slump as BTC prices remain shaky at spot levels. Should BTC crater below $8,000, odds are hash rate could dip even if halving is less than 80 days away.