Bitcoin (BTC) Drops After Hitting Yet Another All-Time High

Bitcoin (BTC) reached another new all-time high on Dec. 1 before dropping sharply to $18,000.

Bitcoin has regained the majority of its losses, but another short-term decrease is expected before it can potentially resume its upward movement.

BTC had been following a parabolic ascending support line since the upward movement began on Sept. 4.

After breaking down from the line on Nov. 26., BTC found support near $16,050 (the 0.382 Fib retracement level of the entire increase) before beginning the current upward move.

Despite the fact that BTC reached a new all-time high, the increase only served to validate this parabolic line as resistance before being rejected once more.

Furthermore, technical indicators in the daily time-frame are bearish. Both the RSI and MACD have generated bearish divergences and are decreasing, The Stochastic oscillator has also made a bearish cross.

The shorter-term movement for BTC shows that the price has deviated (shown with the red circle in the image below) above the resistance area at $19,400, before falling right back below it. Currently, the price is making another attempt at moving above the $19,400 area.

While short-term indicators are bullish, there are potential unconfirmed bearish divergences.

Therefore, BTC’s reaction, if it reaches the resistance area, will be crucial in determining the direction of the future movement.

While the long-term count is not yet entirely clear, the movement over the past two days indicates a corrective A-B-C structure (shown in orange below), in which BTC is currently in the B wave.

The B wave is formed by another A-B-C sub-wave structure (black), which BTC is in the C sub-wave. The C wave would be expected to increase all the way to $19,750, which is the 0.9 Fib retracement level (a requirement for a flat) and the resistance line of a potential parallel ascending channel.

Afterward, BTC is expected to drop once more. 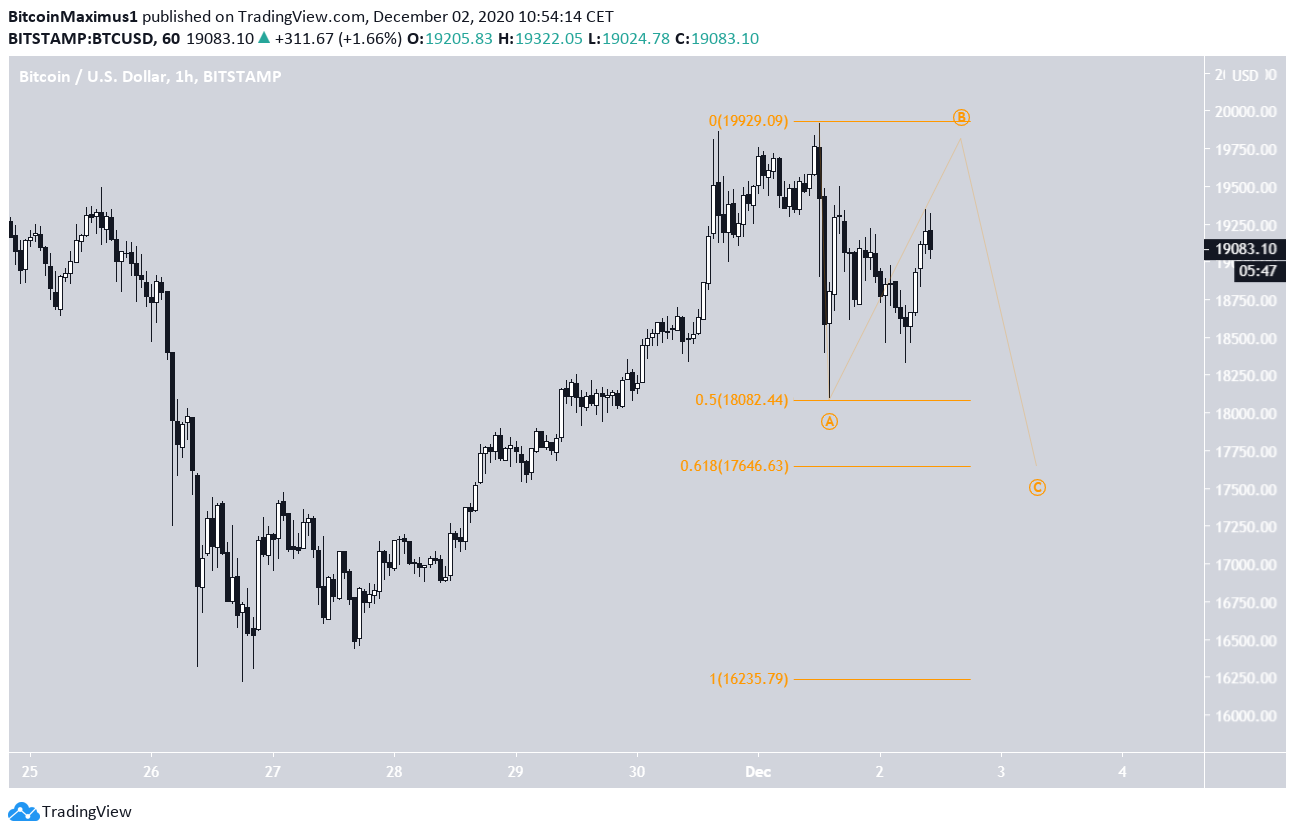 Bitcoin is expected to reach a high near $19,700 before moving downwards once more.

Disclaimer: Cryptocurrency trading carries a high level of risk and may not be suitable for all investors. The views expressed in this article do not reflect those of BeInCrypto

The post Bitcoin (BTC) Drops After Hitting Yet Another All-Time High appeared first on BeInCrypto.