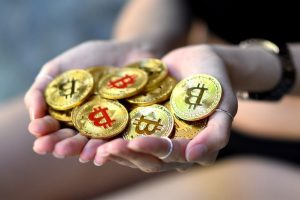 Bitcoin HODLers are feeling the pinch after last week’s fall, but there is hope. If the Stock-to- Flow (S2F) prediction model is anything to go by, BTC could add another $3,000 from spot rates and trade above $10,000 by end of December 2019. This is the opinion of one Bitcoin supporter and adherent of the S2F prediction model.

Call me crazy, but it wouldn't surprise me if BTC closes 2019 at $10k+ .. opportunities like this (#bitcoin below S2F model value, 6 months before the halving) are rare. pic.twitter.com/ADwqixd9EF

Evidently, BTC price has heavily fluctuated this past few months. In mid-June, prices soared to $13,800 before tumbling to $6,000 in a series of lower lows. Although a part of the trading community is still cautious to declare bull a bullish future, fearing that last year’s chills are yet to be shook and prices may fall to $2,800, fundamental and technical factors hint of a bottoming market and bulls strengthening.

We'd need to close above 8300 by the end of the month (4 more days), or we'll likely have a bearish December to test new lows. 2020 will be a good year, I almost want it to go lower to collect cheaper coins.

The S2F tracks the scarcity of an asset with a hard cap. In Bitcoin and cryptocurrencies, the model will correlate the coin’s circulating supply and price action. Gold has the highest SF ratio compared to other precious metals. But according to FlibFlib, a cryptocurrency analyst, the low Bitcoin’s SF ratio means there is more room for substantial upside which traders should take advantage of.

“Bitcoin’s Stock to flow model. Currently below s/f by 15-20%. It’s not a race but it if you believe in the narrative, it’s time to pay attention.”

FlibFlib’s observation syncs with Bayern LB’s bullish report that Bitcoin’s SF ratio will rise after next year’s halving. With the rise, Bitcoin’s market cap will be projected to hit $1 trillion because of scarcity. This will place BTC’s value at $90,000 a pop, meaning there is room for further growth going forward.

Technically, there is a W-formation, an inverted head and shoulder pattern at around spot levels. At the third leg, in which BTC finds itself in, there is room for growth if last week’s losses are reversed. Aside from this, there is a three-bar bullish reversal pattern off last week’s lows propelled by a spike in trading volumes.

The reversal following the under-valuation of the asset during last week’s slide was an opportunity for the market to re-adjust and strike equilibrium. This translated to a repricing and a close higher.

Because bulls are yet to reverse last week’s decline, risk averse traders should refrain from jumping in and buying the unconfirmed pull back. If prices close higher and above the $8,000 mark, then a double-bar bullish reversal pattern would print in the weekly chart, paving the way for buyers reliant on technical analysis for entries.