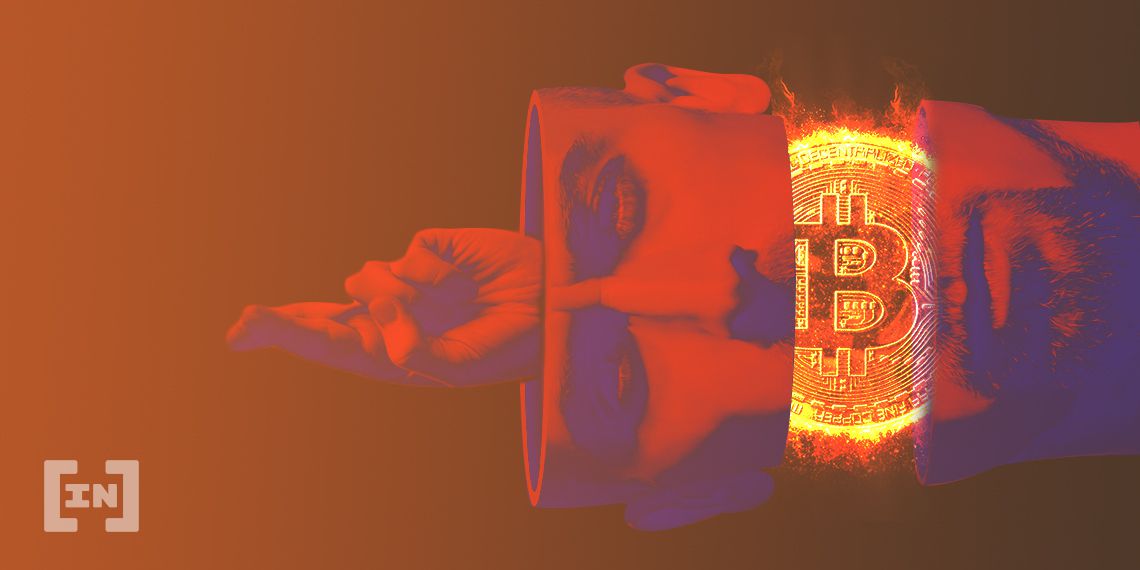 On June 11, the Bitcoin price created a massive bearish engulfing candlestick, causing the price to break down from the long-term ascending support line it had been following since March 13.

It is possible that this was the beginning of a longer-term corrective movement that could knock the price all the way back to $7,000.

On June 11, the Bitcoin price created a bearish engulfing candlestick, that caused it to decrease from a high of $9,964 to a low of $9,113. In addition, this caused a breakdown from the long-term ascending support line, which had been in place since May 13. This breakdown occurred with very significant volume.

After the breakdown, the price seemingly found support above its 50-day moving average (MA), which initiated a slight bounce.

From the current level, the customary movement would be an increase that validates the support line the price just broke down from, followed by a decrease towards the range low at $8,550. A decrease below the latter would likely take the price all the way to the 0.5 Fib level of this entire upward move at $7,100.

This is a longer-term movement that would likely take several weeks to develop.

In the short-term, yesterday’s decrease was halted at $9,113, where buying pressure stepped in, as evidenced by the very long upper-wick and increased volume.

The price is likely to begin retracing towards the closest minor resistance area, found at $9,550, which is also the 0.5 Fibonacci level of the entire downward move, making this a very likely reversal level.

Afterward, the price would be expected to continue its downward movement, which could go as low as the closest support area, found at $8,700.

To conclude, the Bitcoin price broke down from a long-term ascending support line, suggesting that it might have begun a correction phase that takes BTC back to $7,000.

The post Bitcoin Breaks Down from Long-Term Support Line appeared first on BeInCrypto.