The number of global Bitcoin ATMs hit 10,000 on Wednesday, seven years after the first machine was installed in Vancouver, Canada.

According to Norwegian financial services company AksjeBloggen, the total number of Bitcoin ATMs has increased significantly in recent years—jumping 87% from the 5,336 recorded just a year ago.

A reflection of the cryptocurrency space’s broader growth, Bitcoin ATMs experienced steady but unremarkable growth in their first years, only to explode in the last few.

According to a blogpost by CoinATMRadar, in the first 3.5 years since their inception, there were 1,000 Bitcoin ATMs installed globally; over the next 3.5 years, more than 9,000 came online.

ATMs are proving to be one the quickest and most user-friendly ways to transfer fiat into Bitcoin or other cryptocurrencies. In terms of both new installations and existing ATMs, the U.S. is the undisputed leader.

Per AksjeBloggen data, the total number of U.S. Bitcoin ATMs was 7,567 in September—a 127% spike compared to last year. Canada comes in second with 869 total machines. Combined, North America accounts for 55% of all Bitcoin ATMs while Europe claims 28%, and Asia comes in a distant third, at around 8%.

The machines vary, but in general, the Bitcoin ATM allows users to purchase and withdraw from a menu of bigger cryptocurrencies. Some of the most frequently supported include Bitcoin, Bitcoin Cash, Ethereum, Dash, and Litecoin. It appears that the familiarity of ATMs as part of the traditional money landscape is paying dividends.

However, CoinATMRadar’s announcement did come with a few caveats. For instance, in the last year, stricter regulations have been introduced in some places which have “almost eliminated the non-KYC option to buy or sell.” 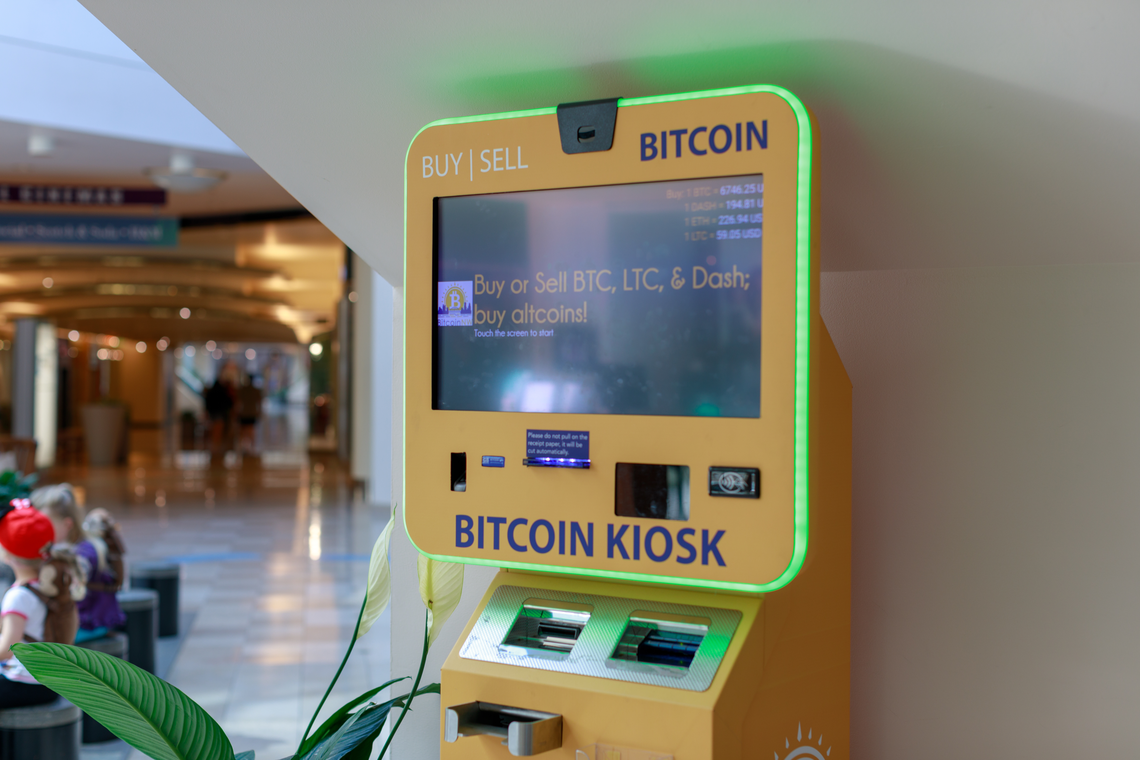 Earlier in the year, Canadian ATM operators were mandated to report all transactions worth CAD 10,000 or more. In Germany, there has also been something of a crackdown; Polish firm KKT UG had 17 of its unlicensed ATMs confiscated by authorities last month.

Despite concerns over tax evasion, money laundering, and the tighter regulations they induce, there is little reason to think that this milestone isn’t the first of many.