Bitcoin Analysis: BTC/USD Bulls and Bears in a Fierce as Price Surges to $7,400 USD 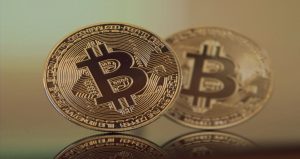 As we enter into the month of December, the last month of the decade that blessed us with Bitcoin and blockchain technology growth. However, since hitting heights of $19,800 USD in late 2017, the price of the pioneer crypto has been on a wild ride, dropping to $3,500 in a year before soaring to over $13,000 USD in June this year. Currently, the price of BTC/USD oscillates around $7,400 USD signaling a possible drop towards the $7,000 region if the resistance remains unbroken in the coming days.

BTC/USD bounced off the resistance level at $7,311 on Nov 30, to trade at a current price of $7,449 USD, as at the time of writing. As a Head and Shoulders pattern formed on the lower timeframes, bulls pushed the narrative to set the price back up above the resistance level at $7,900. Following the failure of completing the pattern, a bearish sentiment took over the field but bulls have struggled to take over from the bears.

Looking at the 4H charts, the price of BTC/USD is on the edge despite a sharp $130 USD increase in the past few hours. The volumes, however, remain low making a bearish case for the pair in the coming days.

Can bears hold out?

Despite the continued optimism on BTC since the erosion of the Xi profits, the market looks bleak at current prices and bulls need to come in handy in the coming days or the market may witness a selloff towards the $6K region.

The next candle will be key in determining if bulls or bears are in full control, a cross below the support level at $7,300 will signal a bearish move and a shorting opportunity towards the $6,500 USD support level.

The post Bitcoin Analysis: BTC/USD Bulls and Bears in a Fierce as Price Surges to $7,400 USD appeared first on Coingape.