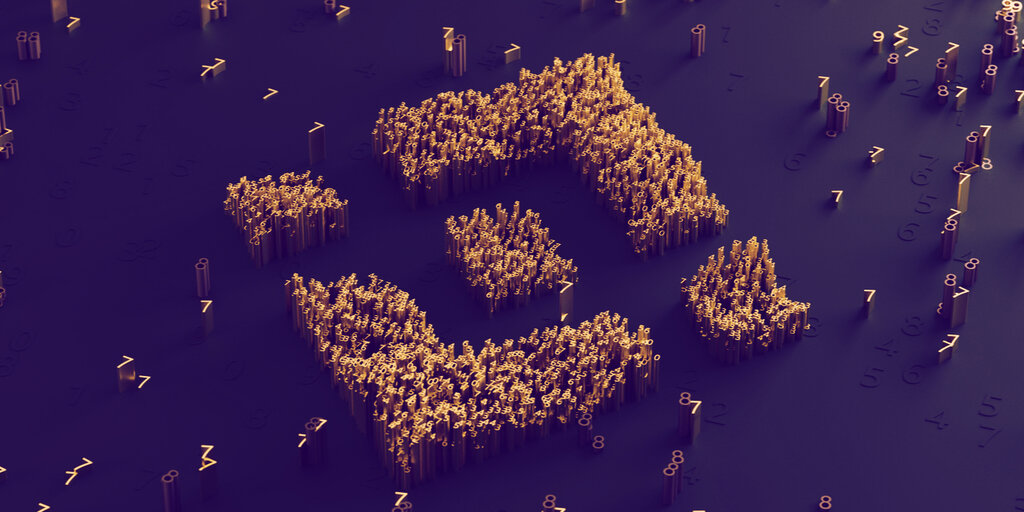 Several Binance users took to protesting outside the address of Binance’s listed Chinese office on May 25, according to a report by Wu Sai Blockchain. They were stopped by security guards but took photos in front of the building.

A Binance spokesperson told Decrypt, “This looks like a paid article from a competitor.” The exchange maintains that it doesn’t have an office in China, and that it operates through a global, decentralized structure.

According to the protestors, the office is in the middle road residential district just 400 meters away from the Bijie Tech office, which became the first Binance office when the technology company pivoted from selling exchange software to running its own exchange in 2017.

However, since the closure of its last office, which held more than 100 people, the majority of Binance’s Chinese staff work remotely.

One protestor told Wu Sai Blockchain that there are several issues at hand. These include money lost in initial exchange offerings (a token sale model that Binance pioneered), as well as being unable to close trading positions and the issue of FTX leverage tokens.

A spokesperson for the protestors told Decrypt that two people at the protest were affected by the FTX situation.

The issue of FTX tokens has kicked up a stir in the Binance community recently. FTX tokens are a simplified way of adding leverage to a trade—making the potential gains, and risks, greater. However, the tokens work differently to normal leverage trading and if the user is not aware of how to use them, they can lose money much more easily.

On March 12, the price of Bitcoin crashed from $7,900 to $5,900, down 25%. Many users who were using these tokens lost a lot of money. They blamed Binance, arguing that there were insufficient warnings and that the complex instruments were included in the spot trading area—unlike leverage and margin trading—while Binance claimed that the users ignored the “pop-up warnings” on the platform. Binance swiftly removed the tokens, liquidating any open positions, with many users having their coins sold at heavy losses.

The main reason for delisting is we find many users don't understand them. Even with pop-ups warning users each time, people still don't read it. Given they are some of the most actively traded token, it is bad for business to delist them. Not an easy choice. But …

“The main reason for delisting is we find many users don’t understand them,” Binance CEO Changpeng Zhao tweeted at the time, adding, “Not an easy choice. But protecting users comes first.”

Two months later, Binance introduced new tokens that work in the same way, but are operated by Binance itself, instead of FTX.

At least 200 of the affected users, who have each lost amounts up to $250,000, have started forming Telegram groups over the FTX issue. Users complained that the exchange showed inaccurate data. Binance acknowledged this was an issue but typically replied that it did not affect the user’s trades, according to multiple screenshots of interactions, or that the user did not have any active trades during that time.

If Bitcoin doesn’t have an office, why should Binance?

An email sent to one affected user stated, “Our platform noticed the unsynchronized data from the trading view which could be different from the FTX on March 12th. FTX has made a public statement regarding this issue, and explained the reason that it took the Binance markets longer to fall was because of the following reasons: 1. Customers were buying ETHBULL, 2. Liquidity providers ran out of ETHBULL on Binance.”

It then described the experience as a “learning point.”

Another issue is that Binance said the tokens would move in a strict 3x ratio, when instead, it was flexible between 1.85x and 4.5x. After March 12, Binance removed a paragraph of information about the ratio from its announcement blog post.

“We’re not doing a lawsuit yet but it’s definitely something we would consider going forward. In the meantime we’re spreading awareness of the situation and trying to get into negotiations with Binance,” wrote one affected user and admin of a group dedicated to the issue.

A Russian user who has been trying to get his money back told Decrypt that several affected users had made an initial agreement with one of Binance’s lawyers to get 100% of the money back. Binance’s lawyer, however, later informed them that only 5% of the funds will be reimbursed, according to messages shared with Decrypt.

“Chatting with support is just a nightmare. I have a ticket where I have a chain of 40 letters. I have two in total. Everywhere they combine two tickets into one, then delete tickets, tickets have to be restored again,” he said.

This article has been updated with further comments from the protestors.