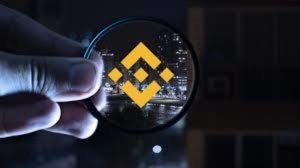 The new margin trading pairs include XTZ/BTC, XTZ/USDT. The previous week, as reported by Coingape, Binance increased its margin trading leverage to 5x and also enabled an adjustment function on its web interface. Users will now have the option to option to select any leverage between 3x and 5x for margin trading.

While Binance is on a developmental high, controversies seem to be close allies with Binance. Yesterday, another fact came to light regarding the Binance – The Block controversy. Primitive Crypto Founder, Dovey Wan revealed that Binance Shanghai office is an outsourced customer rep team, under Babi Finance (a Binance investment company).

On November 21, The Block published an article which stated that Binance’s Shanghai office had been raided by the police and shut down. Interestingly, in the statement, there was no mention of the police raid. Binance CEO, Changpeng Zhao aka CZ then responded that there was no fixed office in Shanghai. Following the news, top coins fell down in double digits.

Interestingly, the tweet also saw Larry Cermak, data researcher at The Block commenting on the post. He said that the news mentioned that the Binance Shanghai office was visited in person and it was closed.

Which trading pair will be seen next on the Binance platform? Let us know, what you think in the comments below!