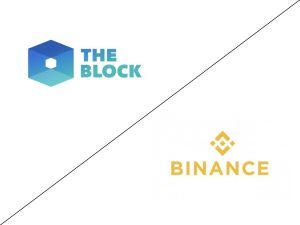 The Binance – TheBlock Saga has yet another twist to it.  A recent tweet by Primitive Crypto Founder, Dovey Wan has cleared the air about the Binance office shutting down in Shanghai. Interestingly, Binance CEO, Cz has responded with a thumbs-up sign on the post.

Binance Shanghai office is an outsourced customer rep team, under Babi Finance (a Binance investment). The post then saw Cz thanking Dovey Wan for tweeting this.

On November 21, The Block published an article which stated that Binance’s Shanghai office had been raided by the police and shut down.  Interestingly, in the statement, there was no mention of the police raid.

Cz then responded that there was no fixed office in Shanghai. Following the news, top coins fell down in double digits. Binance CEO, Cz was expecting an apology from The Block. However, the latter decided to stand by its claim and refusing to apologize. Also, the Block published another detailed article in which it shared information about the addresses of Binance’s Shanghai offices, thereby refuting CZ’s claims of  “no office”.

Larry Cermak Claims Dovey Wan Is Not Being Honest

Interestingly, the tweet also saw Larry Cermak, data researcher at The Block commenting on the post. He said that the news mentioned that the Binance Shanghai office was visited in person and it was closed. Moreover, Binance hired people through Babi Finance and that the office didn’t belong to Babi itself.

He further alleged that Dovey was not being honest in her tweet.

Mike Dudas, a coveted team member of The Block also refuted the clarification provided by Wan and said it was inaccurate.

Another Twitter user, Matthew Graham commented that Babi Finance had been shut down for quite a long time and there was further some mystery to this controversy.

Will The Block eventually apologize to Binance? Let us know, what you think in the comments below!