Binance Rolls Out Zero-Fee Tezos [XTZ] Staking; Here’s Why It is Both Good and Bad 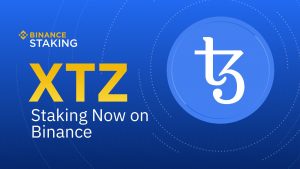 Leading cryptocurrency platform Binance recently rolled out zero-fee Tezos [XTZ] staking. While the news is a great one for users, the same cannot be said for the cryptocurrency industry as a whole.

Staking is a relatively new method of earning cryptocurrency rewards. Users don’t have to do much – they simply have to hold funds in a cryptocurrency wallet to support the operations of a blockchain network. In return for doing this, users get rewarded.

Per Binance’s official announcement on its support for Tezos staking, the platform will begin its support for the program from the 4th of December 2019. The platform will use live snapshots to calculate XTZ rewards on a daily basis, and it will then distribute these rewards on a monthly basis. The first reward distribution will be done before 20th January 2020. All reward distributions will be completed before the 20th of each month.

The staking rewards will be calculated in the following manner –

Good for Users; Not-so-good For the Industry

The move, while it works in the benefit for users, is not good news for staking startups in the crypto industry. According to crypto researcher Larry Cermak, a lot of the staking startups will have to shut down their businesses when major exchanges like Binance start rolling out zero fee taking or close to zero fee staking models, because the startups will not be able to compete with them.

Staking will become a user acquisition service similar to what Coinbase Earn is doing. Exchanges will eat the costs to attract new customers. Staking companies won't ever be able to compete with that

Also, Cermak feels that move is aimed at increasing the number of users on the Binance platform. He says that exchanges are ready to bear the costs of such programs to attract new customers. Coinbase Earn is another program that has been created with a similar intent according to Cermak. In Coinbase Earn too, users will be able to earn crypto by staking their funds, and the program has already added support for XTZ.

For platforms like Binance, which have other revenue streams like trading fees, offering zero-fee staking is easy as they can bear its costs. However, for startups that are focusing specifically on staking and are dependent on it for revenue, Binance’s initiative may kill them all.

At the time of its launch, the program had also faced criticism for being against the spirit of decentralisation.

The post Binance Rolls Out Zero-Fee Tezos [XTZ] Staking; Here’s Why It is Both Good and Bad appeared first on Coingape.