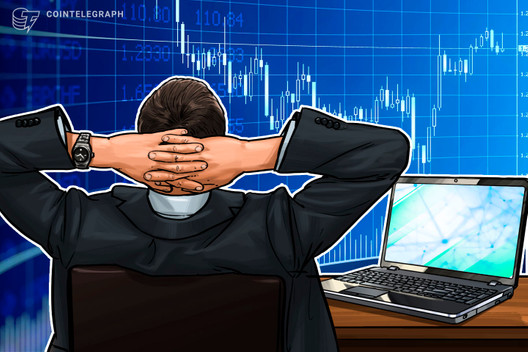 The majority of top traders on Binance Futures are longing Bitcoin (BTC), Ether (ETH), and 8 other cryptocurrencies. In fact, more than 50% of traders are long on 10 crypto assets despite the current decline in the price of BTC.

According to Binance, the current futures positions over the past 24-hours are: 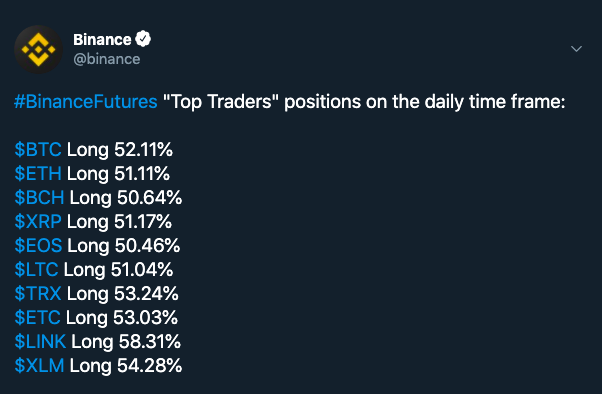 The data indicates the majority of traders on Binance Futures are still convinced Bitcoin could see a resumption of uptrend in the short to medium-term.

From March to April, the price trend of Bitcoin closely followed the movement of the U.S. stock market.

On May 26, the Dow Jones Industrial Average (DJIA) surged by 2.6% merely three hours after the market opened. Rising optimism towards reopening the U.S. economy is considered to be the primary reason behind the upsurge.

Since reversing course in late March the U.S. stock market has chased a V-shaped recovery and crypto investors’ hopes for a Bitcoin rally have also grown.

According to cryptocurrency trader Scott Melker, the declining volume of Bitcoin amid a pullback suggests the market is consolidating, not entering a bear cycle. Melker said:

Volume has been decreasing with price since Bitcoin topped at $10,000. Worth keeping an eye on, as that’s a sign of consolidation more than it is of a true downtrend. You want to see volume rising in whatever direction price is going to offer confirmation.

Market data shows Bitcoin is likely seeing a healthy consolidation rather than a one-sided correction, which is probably fueling the positive sentiment around cryptocurrencies on Binance Futures.

A third catalyst that could be pushing the majority of the market to long BTC at the current price is its price trend in the past month. After achieving a local peak above $10,000, BTC declined by around 13%. Traders may see a 13% pullback as a viable dip to re-enter the market. 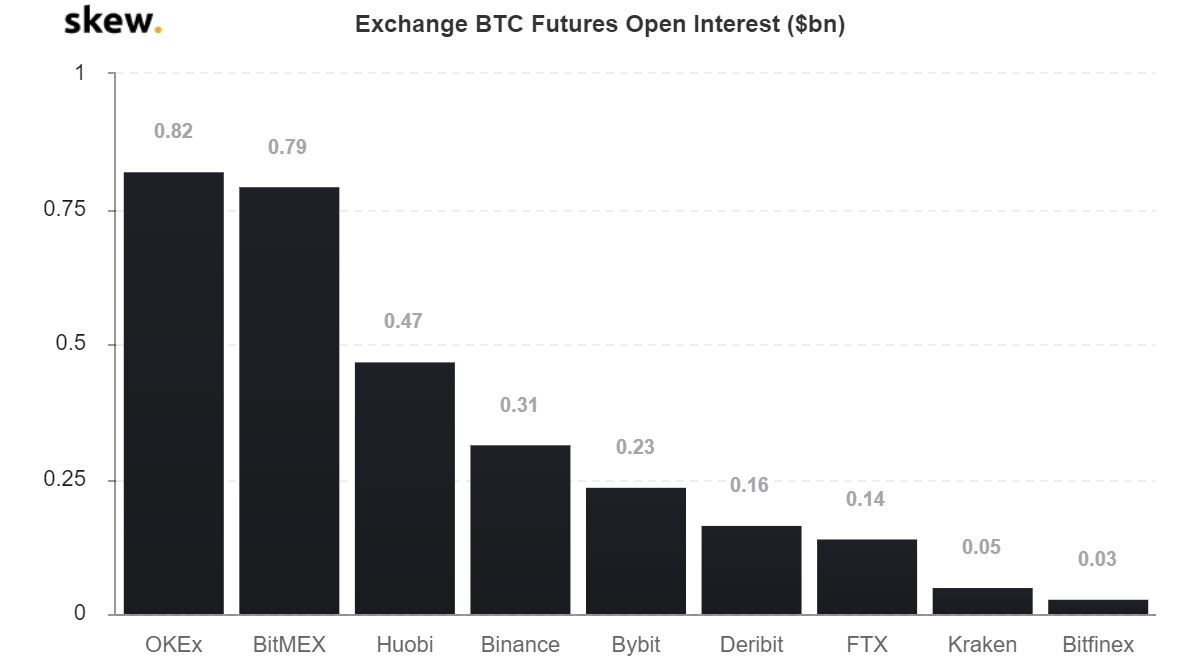 Against Bitcoin, the majority of altcoins in the cryptocurrency market are nearing record lows. From their all-time highs, TRX, ETC, and XLM are down 93.76%, 85.19%, and 92.65% respectively.

Some traders are possibly longing altcoins purely based on the reward to risk ratio (r/r), as they have a better chance of seeing a recovery at a multi-year low point against BTC than in previous months.