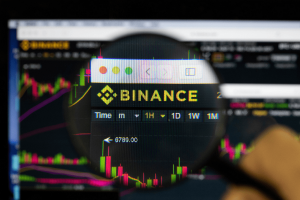 It has been revealed that Binance is not authorized to operate in Malta. This was confirmed by the Malta Financial Services Authority (MFSA). According to the watchdog, Binance does not fall into its regulatory oversight. Binance has responded stating that its office there is for customer service and not a headquarters in the normal sense but a “spiritual headquarters.”

Binance has over the last couple of years expanded its global footing. In 2018, the exchange announced it was opening offices in Malta. This was set to be one of its biggest offices. For most, this was to be their new headquarter following regulation pressure from the initial headquarters in Hong Kong. Zhao noted that:

“We are very confident we can announce a banking partnership there soon..Malta is very progressive when it comes to crypto and fintech.”

Zhao was indeed right and the country did embrace Binance. The Prime Minister, Joseph Muscat, was first to welcome the exchange;

The Malta Financial Services Authority (MFSA) now says that it is looking into Binance and whether they are involved in any activity that is not regulated.

Zhao who has been responding to the developments has denied whether Malta is the official headquarters. Last year he noted that this is an outdated concept. This comes after moving from Beijing, Hong Kong, and Japan. However, this is not a view that many traders will appreciate.

More recently the exchange confirmed that it had applied for an operational license in Singapore. The recent events have made it clear that Binance might not have a headquarter of which it is regulated.

Hopefully, the Zhao and his team can update their users about the same and ensure there is no FUD now or in the future. This has been addressed by Zhao in the last few minutes.

There is a mix of truth, FUD & misconception. https://t.co/9rMMAmc1G9 is not headquartered or operated in Malta. This is old news & has always been the case, hence there is quite a bit of FUD turning this into a breaking story. The community’s comments show that understanding. https://t.co/eXCq8rO1Ue