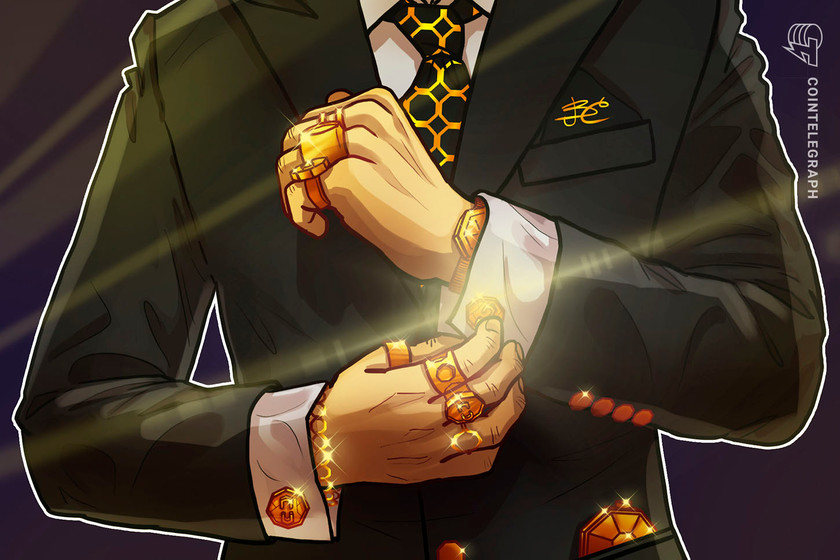 The billionaire with an estimated net worth of more than $13 billion as of January changed his Twitter bio over the weekend to include the Bitcoin (BTC) hashtag. Crypto Twitter users and some of Salinas’ more than 840,000 followers reported noticing the change Saturday around the time the price of the crypto asset surged to more than $40,000 for the first time in 23 days.

Speaking to Cointelegraph in December, Salinas revealed he had first purchased Bitcoin at $200 in 2013, later selling during the 2017 bull run when the price reached the $17,000s. He described the crypto asset as his “best investment ever.”

In November, Salinas said that 10% of his “liquid portfolio” is invested in BTC, with the remaining “in precious metals miners.” The 65-year-old billionaire bought in before the price of Bitcoin surged to new all-time highs in December and January, more than doubling his investment. He has said he isn’t planning on selling off any crypto holdings for at least five years.

Salinas is not the only billionaire using social media to push crypto recently. Today SpaceX CEO Elon Musk continued his push of the cryptocurrency Dogecoin (DOGE). Musk has targeted DOGE users in recent weeks as the token became entangled in a pump-and-dump effort by Reddit traders and investors. The price of DOGE has risen almost 600% in the last 30 days.

The future currency of Earth