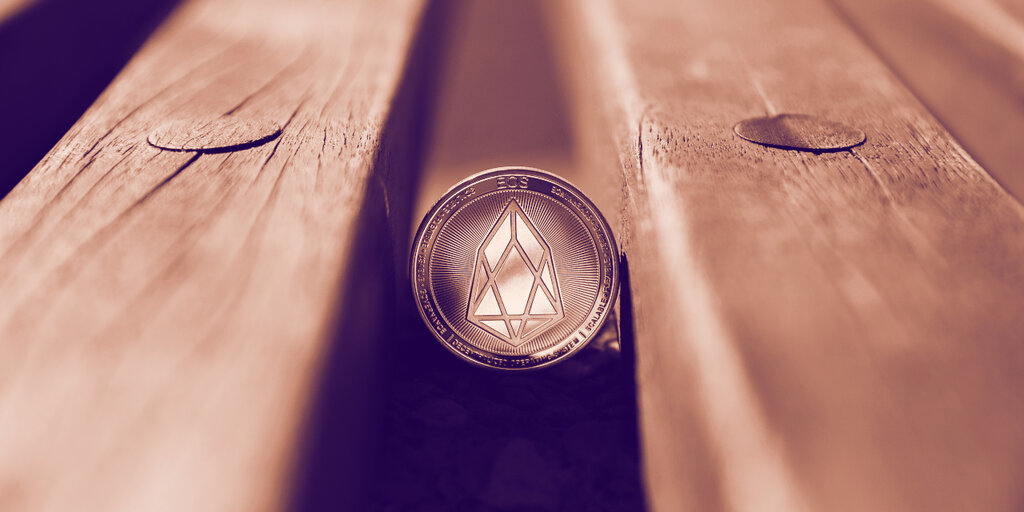 The world’s largest ICO project, EOS, may be in serious jeopardy.

Developers working on the EOS platform fell more than 85% compared to a year ago, according to a new research report from Outlier Ventures. As a result, code updates tracked on Github were down a whopping 94% for the beleaguered protocol over the same time period. What’s more, as Decrypt reported in April, EOS dapp activity is down 70% over the last year.

With developers and users departing in droves, how much longer can EOS remain a top 10 project?

The Outlier Ventures report notes that Ethereum dominates the decentralized computing space with 80% of all smart contracts and dapps calling the protocol home. EOS is a distant second with only 9%.

The research also sees trouble lurking from TRON, which saw active developers decline more than 50% compared to a year ago, and 96% fewer code updates. While Justin Sun’s pet project has a market cap less than half the size of EOS, TRON has seen considerably more attention via acquisitions and high profile meetings.

So where does that leave EOS? According to Outlier Ventures, the decline in the platform’s development is likely due to “falling interest following the 2019 launch of its main network and core developers moving away from the protocol.”

Nevertheless, the protocol still maintains the second largest user base after Ethereum at nearly 15,000 average daily active users. But with so many developers leaving the ecosystem behind, it’s unclear how EOS will be able to reverse falling user numbers or offer innovative new decentralized applications to compete with more active protocols.