BAT’s Consolidation Could Soon Come to an End [Premium Analysis] 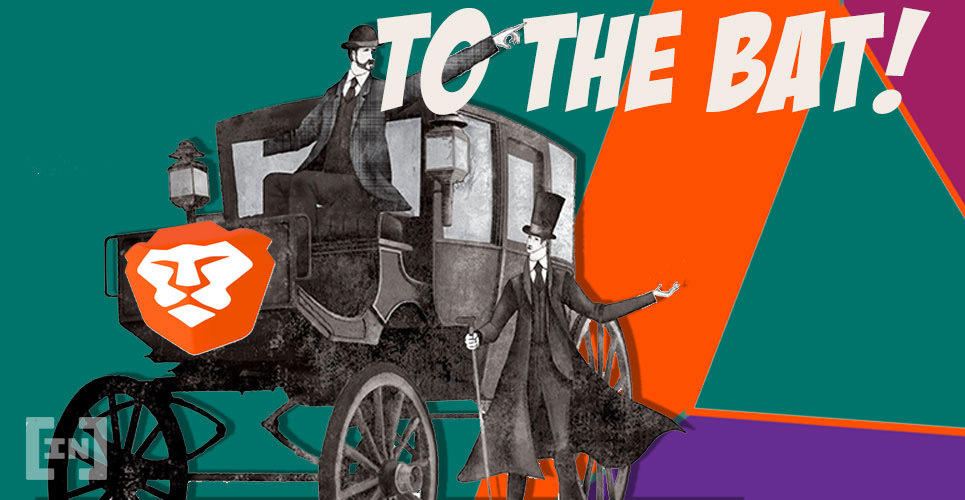 The BAT price reached the 2200 satoshi support area on January 14 and has been increasing since. A breakout above the 2700 satoshi area could open the doors for an accelerated rate of increase.

Full-time trader @CryptoMichNL outlined a BAT price chart, stating that if the price manages to hold on to the 2400 satoshi support area, it could head towards 3200 and 4000 satoshis.

This one starts to look nice.

Let’s take a closer look at the price movement and attempt to determine its future direction.

The BAT price had been following a descending resistance line since November 17, 2019. The price broke out above this line on December 28. However, the breakout was short-lived and the price returned to validate the breakout line shortly afterward.

On January 14, the price created a bullish engulfing candlestick and began the upward move that is still ongoing. Currently, the price is stuck between minor support and resistance areas at 2400 and 2700 satoshis, respectively.

As stated in the tweet, a breakdown below 2400 satoshis would likely take the price to 2200 satoshis. 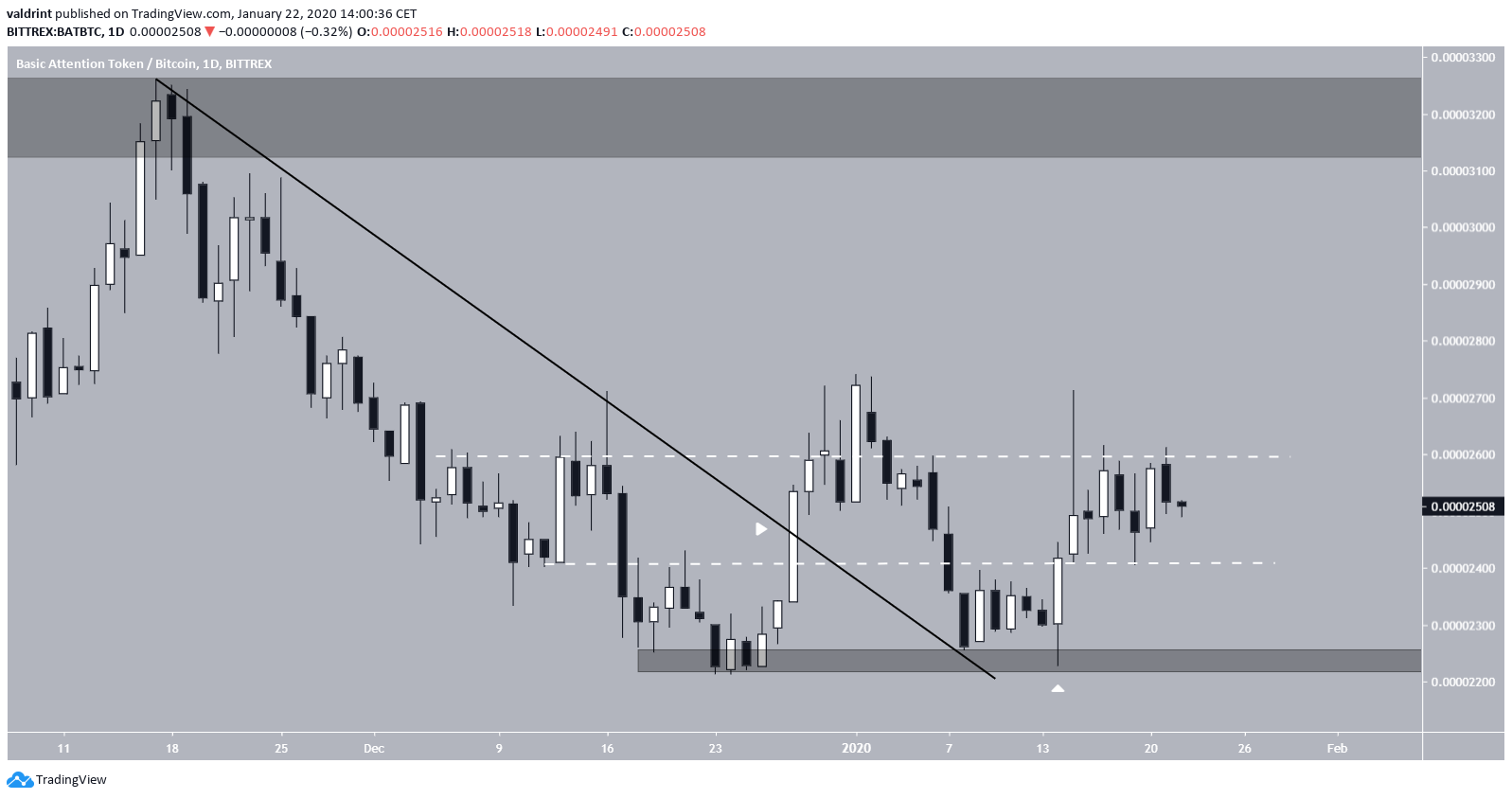 The BAT price movement resembles accumulation as described by the Wyckoff method.

The first touch of 2000 satoshis was the “Selling Climax”, after which an “Automatic Rally” followed. Afterward, the price did the “Secondary Test” and began an upward move, from which it is currently retracing. A possible low of 2400 could be the “Last Point of Support” after which the BAT price breaks out above this range (Show of Strength) and heads towards 3200 satoshis. 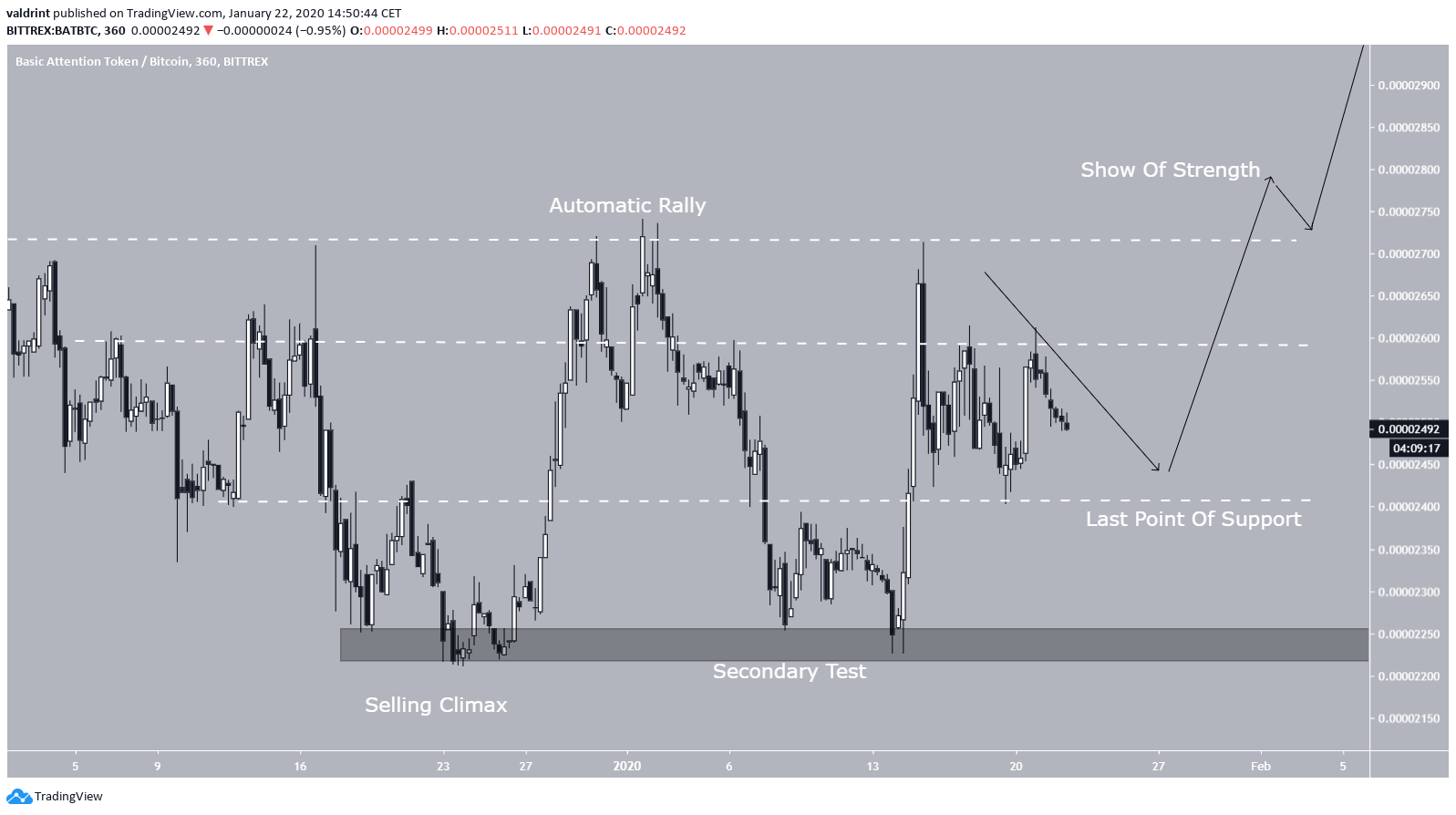 There is another slightly more bearish version of this accumulation, in which the price creates a “Spring” slightly below the “Secondary Test” and support area of 2200 satoshis before continuing its upward movement. If the price does that, the 2200 satoshi support area would offer an ample opportunity to enter the trade in anticipation of the ensuing upward move. 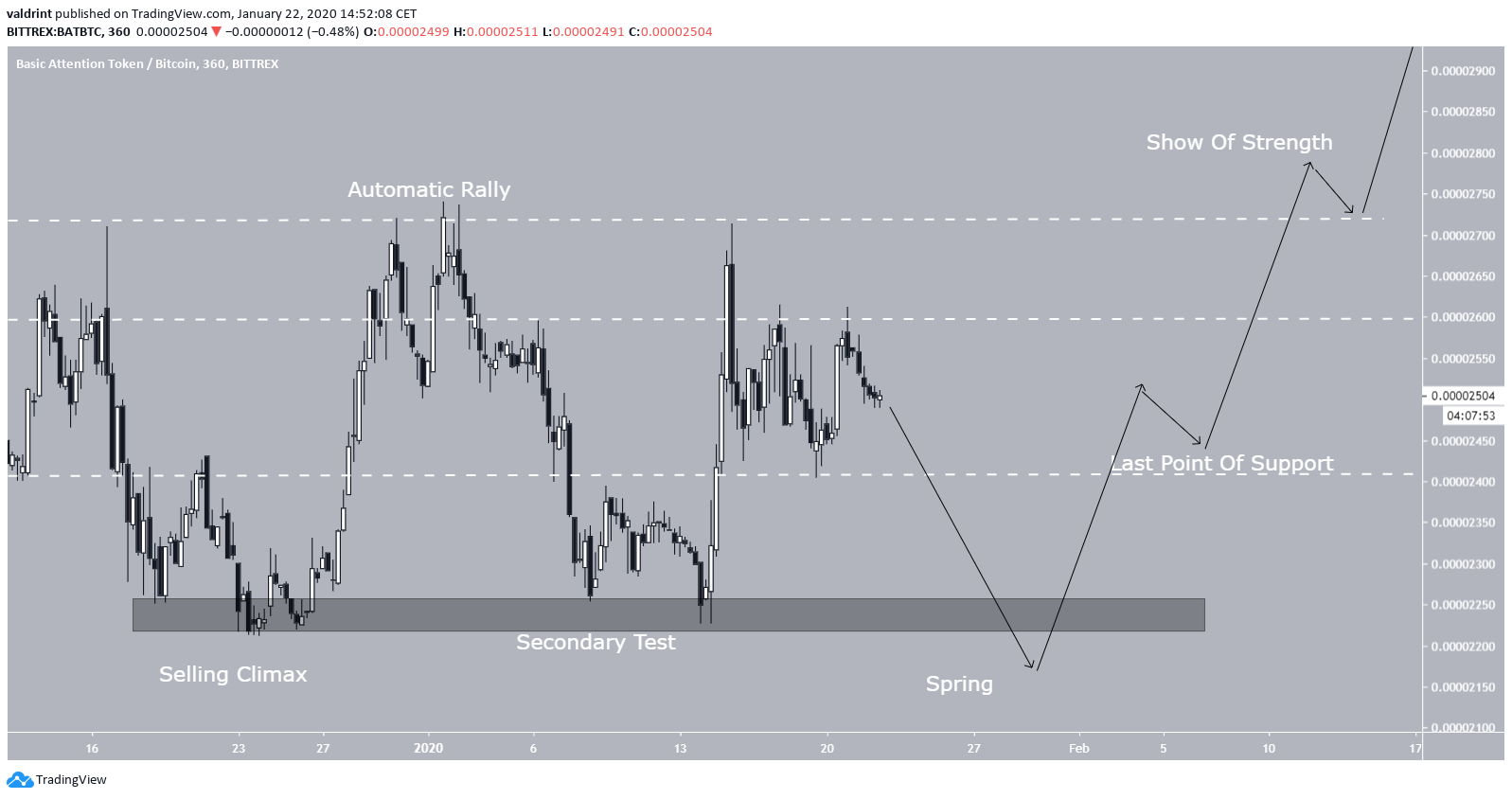 While not by much, the first scenario seems more plausible. The BAT price is likely in an uptrend since January 14, as evidenced by its position above the 200-hour moving average (MA), and the fact that the RSI has been above the 50 line for the majority of this accumulative period and is seemingly using the line as support.

Therefore, we believe the price will hold above 2400 satoshis and begin an upward movement towards the range high. 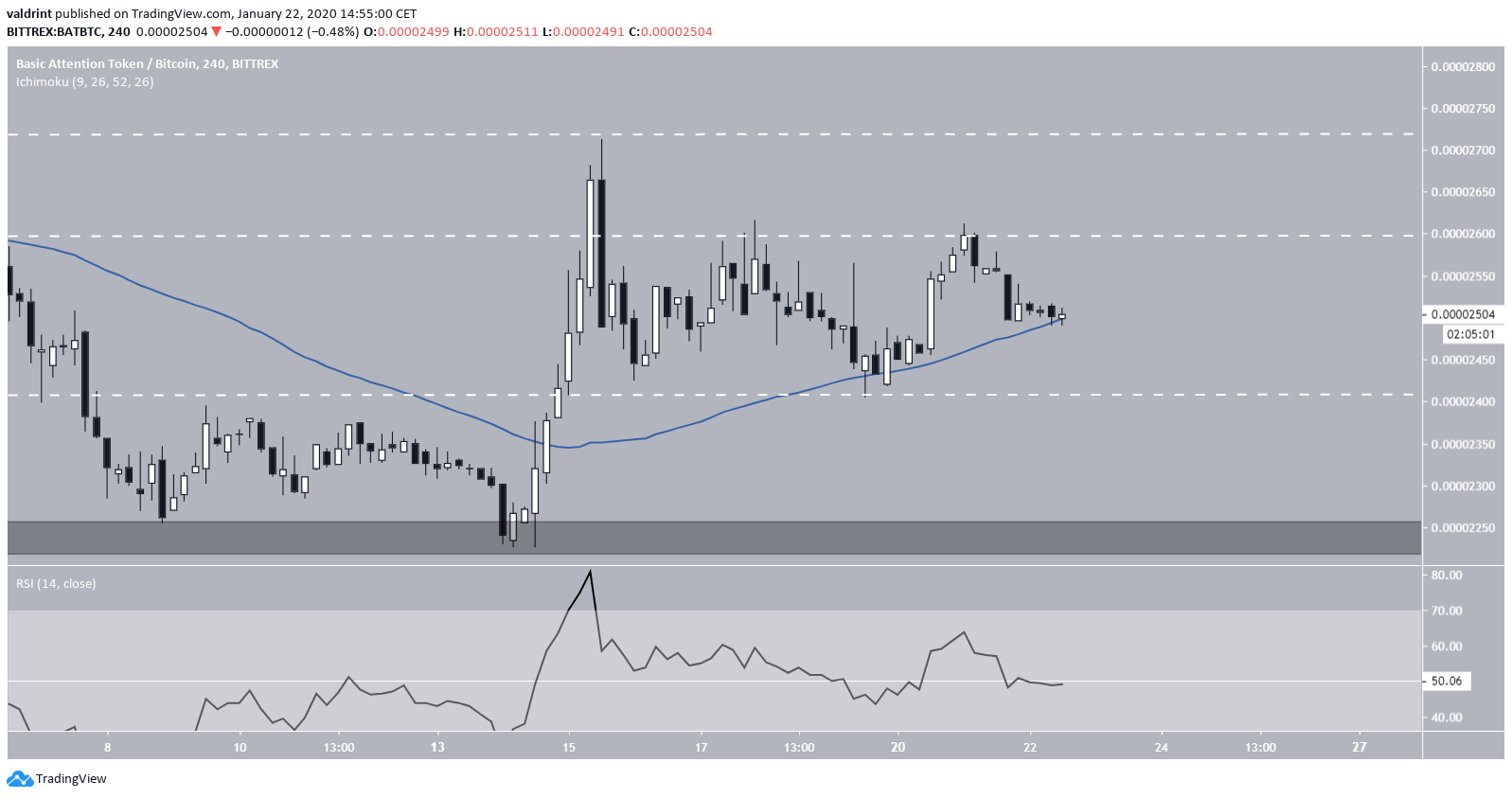 To conclude, the BAT price has broken out above a significant resistance line but has failed to resume its upward movement. The price movement resembles an accumulation phase, after which a breakout towards 3200 satoshis is likely to ensue. A price increase above the current range high of 2700 satoshis is expected to accelerate the rate of increase.

The post BAT’s Consolidation Could Soon Come to an End [Premium Analysis] appeared first on BeInCrypto.