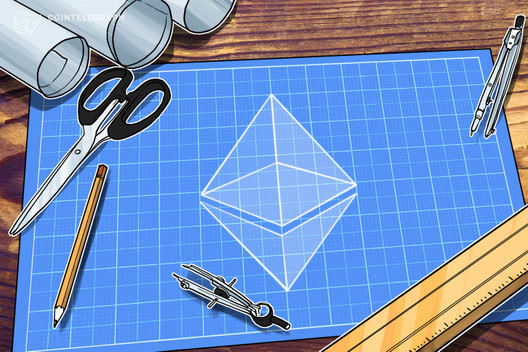 Enterprise Ethereum is gaining traction among organizations seeking data integrity, but the technology hasn’t reached its full potential just yet.

As the blockchain space continues to mature, enterprises are starting to realize the technology’s capabilities. A major promise of blockchain is its ability to connect industries that typically operate in silos, bringing about new opportunities for data-sharing and increased transparency.

A report by Big Four firm Ernst & Young published in November 2019 found that the number one use case for enterprise blockchain adoption is data integrity, stating: “By default, any on-chain data is visible to all who have access to the chain; for public blockchains, that’s everyone.”

For example, software giant SAP recently published a blog post illustrating SAP integration with the Ethereum mainnet. Among other things, the post clarifies why enterprises would want to leverage the public Ethereum network, adding that when “Ethereum software is run on a network of nodes, a special feature emerges.” The post continues:

Although the Ethereum network can be trusted to process transactions that are transparent to network participants, techniques are being developed to further accelerate the adoption of enterprise Ethereum.

For example, in March this year, the OASIS open-source initiative — a project that supports open-source efforts to advance interoperability for blockchain applications — launched the Baseline Protocol. This protocol coordinates confidential workflows between enterprises via peer-to-peer messaging, zero-knowledge cryptography and blockchain. With Baseline Protocol, company data doesn’t have to be moved out of traditional systems of records, and business transactions remain private.

Currently, over 600 companies and individuals are actively participating in the initiative, which coordinates with the Enterprise Ethereum Alliance’s Mainnet Working Group. Most notably, Coke One North America, or CONA, announced that it will use Baseline Protocol techniques to enhance transparency in cross-organization supply chain transactions.

While CONA made this news public on Aug. 5, Baseline Protocol announced on Aug. 26 the release of its v0.1 reference implementation. John Wolpert, a group executive for enterprise mainnet at ConsenSys blockchain software company, told Cointelegraph that the v0.1 release is significant because it provides a set of standard interfaces for developers to implement baseline solutions:

“Everything up until now has been the intention to build a proper functioning protocol. For instance, we initially had some demo code and some ideas, but now we have the real deal.”

According to Wolpert, the v0.1 release allows developers to contribute a coherent set of protocol code to the baseline protocol, which can then be implemented into a number of enterprise products without changing the product interface. “You can now more easily build products and solutions that can baseline with others,” noted Wolpert.

Technical details aside, Wolpert explained that the concept behind baselining is to provide business-to-business automation. While the Baseline Protocol techniques do not focus on one particular use case, the process is designed to ensure that an organization and their counterparty have access to the same information at all times, shedding light on data integrity for enterprises.

Paul Brody, global blockchain lead at Ernst & Young and a founding contributor to Baseline Protocol, told Cointelegraph that baselining techniques are critical for enabling secure, private, enterprise transactions moving forward. This is because the public Ethereum mainnet does not ensure privacy on its own:

“The public Ethereum mainnet does not come with privacy tools, so all participants can see both the details of smart contracts as well as the amounts transferred. For companies wanting to secure their business information, that isn’t a usable solution.”

Brody explained that Ernst & Young developed its own privacy software called Nightfall to enable private transactions using zero-knowledge proofs. Once this solution was rolled out, the firm began focusing on other enterprise requirements such as private smart contracts and directories of verified business partners. Eventually, EY joined forces with Consensys and Microsoft to help develop Baseline Protocol. According to Brody, Baseline Protocol can be compared to VPN software, noting that before VPNs, a private, leased line was required to connect two companies:

“After VPNs, you just needed internet access. Before Baseline, you needed a private blockchain to run smart contracts between companies. After Baseline, you just need access to the Ethereum mainnet. The goal is with a standard set of tools, companies can use the public Ethereum network for business transactions securely and privately.”

Johann Eid, product manager for Chainlink — a decentralized oracle network and sponsor of the Ethereum Enterprise Alliance — noted that Baseline’s v0.1 release showcases how blockchain can serve to keep systems of record in sync without concerns around data and business logic privacy.

Although this may be, Wolpert mentioned that challenges persist. For example, enterprises wanting to use baseline protocol techniques need to give up the ability to query common data, since there are no common datasets on a blockchain network.

Additionally, Wolpert mentioned that an issue created by baselining data is that organizations must keep databases in sync. If an organization changes its data, the other company’s data must be altered immediately. An alert would be required to ensure that data is kept consistent between organizations, which will be a coming addition, according to Wolpert:

“These are two good challenges to overcome. Fortunately, there are answers to both. Solving these problems will be an interesting product opportunity and place for us to grow. Moving forward I want to see companies like SAP and MongoDB become baseline compliant.”