Barstool Sports president: 'I want to buy all the Bitcoins' 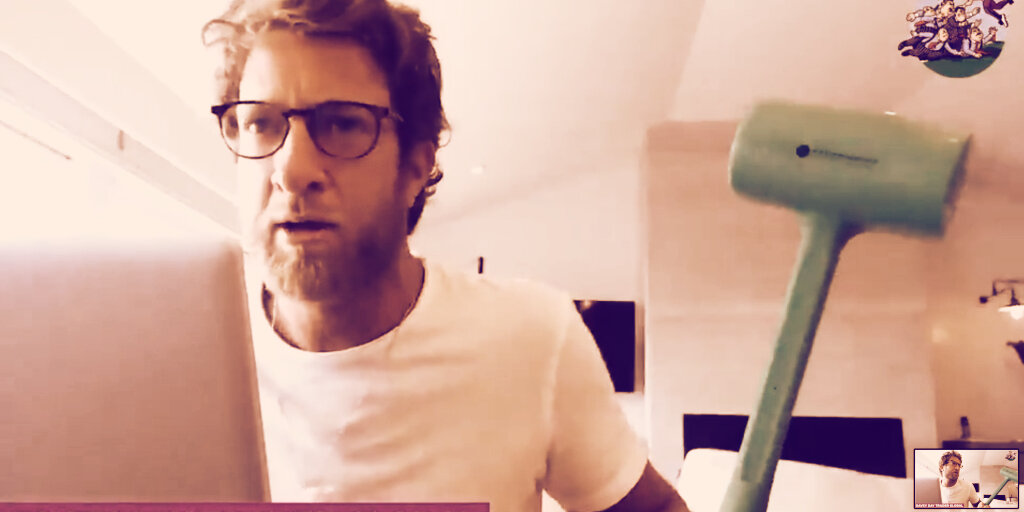 Barstool Sports president Dave “El Presidente” Portnoy is well known for being outspoken and often abrasive—and over the last day he’s turned his attention to a new subject: Bitcoin.

In recent months, Portnoy has been sharing regular Davey Day Trader Global (DDTG) live streams in which he shares perspectives on his investments and generates significant social media engagement in the process.

Yesterday morning, Portnoy began talking more and more about Bitcoin, jokingly asking if he needed “Bitcoin goggles” to see it and if he could touch it with the green hammer he was holding in the video.

How can I see a bitcoin? Do I need bitcoin goggles? Can I mine it with the green hammer? #DDTG pic.twitter.com/b2pA49Gohn

Today, he dug deeper into the subject, explaining that he didn’t want to deal with a wallet or lengthy passwords, and suggested that he “bought Bitcoin in that original Bitcoin age,” and estimated that he spent $20,000 that is “just sitting in the ether.” He doesn’t know how to access it or what became of his investment.

Portnoy then started talking about the Winklevoss twins, the infamous Facebook co-founders that went on to become Bitcoin billionaires and co-found the crypto exchange Gemini.

He said that he “had a little exchange” with the twins about getting a lesson on Bitcoin, but that he felt like they just wanted some free advertising via Portnoy and Barstool Sports. He called them “rowing robots,” but added, “I actually kind of like them.”

In any case, Portnoy ultimately decided to extend an invitation to the Winklevoss twins again this morning via Twitter, but stipulated that they must wear their college rowing uniforms (as seen in The Social Network).

“If the Winklevosses want to come over and tell me how to do this in a way that I understand, I will look into Bitcoin. I want both of the Winklevosses, I want them in their little fucking row outfits, and I want them sitting in this chair being like, ‘This is how you do it.’”

Let’s do it. I want to buy all the bitcoins. https://t.co/37voOpKXPi

To that, Tyler Winklevoss responded, “Invitation accepted” and his brother Cameron added, “I’m in too” alongside an emoji of two people wearing swimsuits. Portnoy replied, “Let’s do it. I want to buy all the Bitcoins.”

Who’s ready to see a couple of Bitcoin billionaires shilling crypto in their old rowing uniforms? It might be happening, thanks to Portnoy.