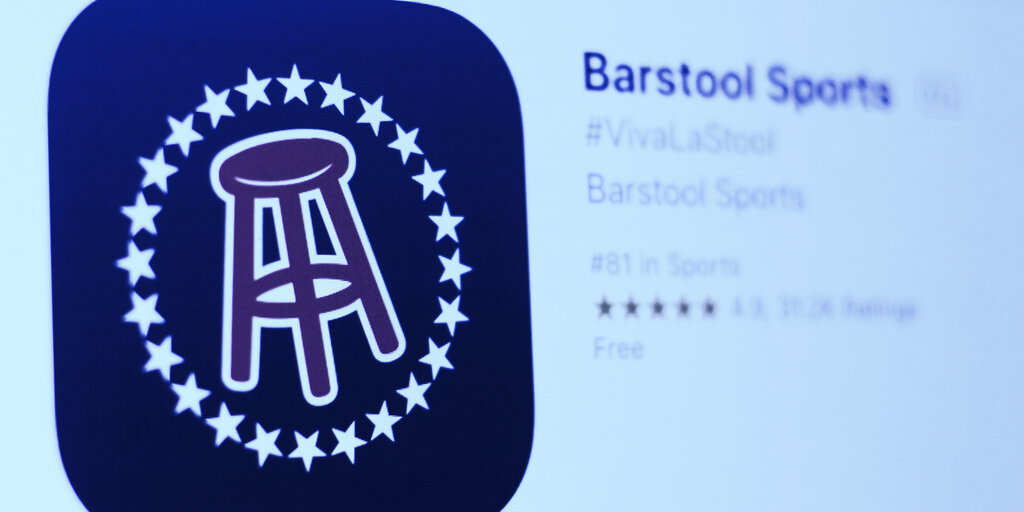 Merch! Aggressive tweets! Crypto! These are the important policy tools Congress forgot when passing stimulus packages to salvage the US economy, discovered Dave Portnoy, CEO of Barstool Sports, who since December 17 has raised $6.7 million in cash and crypto for a hawkish charity drive to save small American businesses.

The money goes toward the Barstool Sports Fund, which pools together proceeds from sales of Barstool merchandise and individual donations, then distributes cash to small, family-owned businesses who’ve struggled to keep the lights on amid the pandemic.

Since launching the fund, Portnoy has tweeted non-stop, putting the heat on his vast following to eke out the most amount of money possible.

Hey @nflcommish remember that 250k donation you refused to take from me for frontline covid workers? I still have it. If you donate 250k to #barstoolfund to save small business I’ll match it. Quick 500k. Let’s go.

And few are richer than Portnoy’s bosom buddies from crypto, the asset class he dallied with for several months this past summer through his “Davey Day Trader” persona before worming his way back out in autumn.

So when Portnoy started accepting Bitcoin donations for the fund on December 24, he had no hesitations about rabble-rousing his old chums to raise some extra money.

“You had us create a way for Bitcoin people to donate crypto. Enough talk. Time for Bitcoiners to show up,” Portnoy tweeted on Christmas Day.

The fund has so far raised about $500,000 in crypto, Alex Wilson, the co-founder of The Giving Block, the charity platform that handles his donations, confirmed to Decrypt.

Like every other restaurant, we are struggling during this time, doesn’t mean others aren’t hurting much, much more.

We wanted to do our very small part and we are so thankful for @stoolpresidente for what he is doing to keep our industry alive @barstoolsports @BarstoolFund pic.twitter.com/kOnYQ9xR0j

And the fund has raised about $1 million, including cash, from Crypto Twitter, a curated set of like-minded individuals amenable to Portnoy. Bitcoin bulls Anthony ‘Pomp’ Pompliano, Cameron and Tyler Winklevoss, and Jason Williams are among donors.

Done. Thank you for doing this ⁦@stoolpresidente⁩ it’s a pleasure to contribute to a cause like this pic.twitter.com/7xmlDBTKm2

“I love the initiative and would be hard-pressed to find a better cause,” Pompliano told Decrypt. “Small businesses are the backbone of our country. They keep the American dream alive. These small businesses have been abandoned by politicians in their greatest time of need.”

Mac’s Tenders is next pic.twitter.com/NvdFZPeeN2

Pomp, who has 424,300 followers on Twitter, has also offered to tweet messages from those who donated more than $10,000. “The time and effort I can put in to solicit more donations will hopefully be the most impactful way to pitch in,” he said.

Yes, folks can send me the receipt and a link or message. I have final say on whether it is something I’m willing to tweet. I’m not promoting shitcoins or anything else I deem inappropriate.

Pomp tweeted today that the profligate CEO of TRON, Justin Sun, has told him that he shall donate money to the fund tomorrow morning. “I asked him for a $500,000 donation. Will the king of crypto donations come through for American small businesses??”

Throwing him under the bus!

Sun has not confirmed any donations on Twitter and did not respond to Decrypt‘s request for comment.