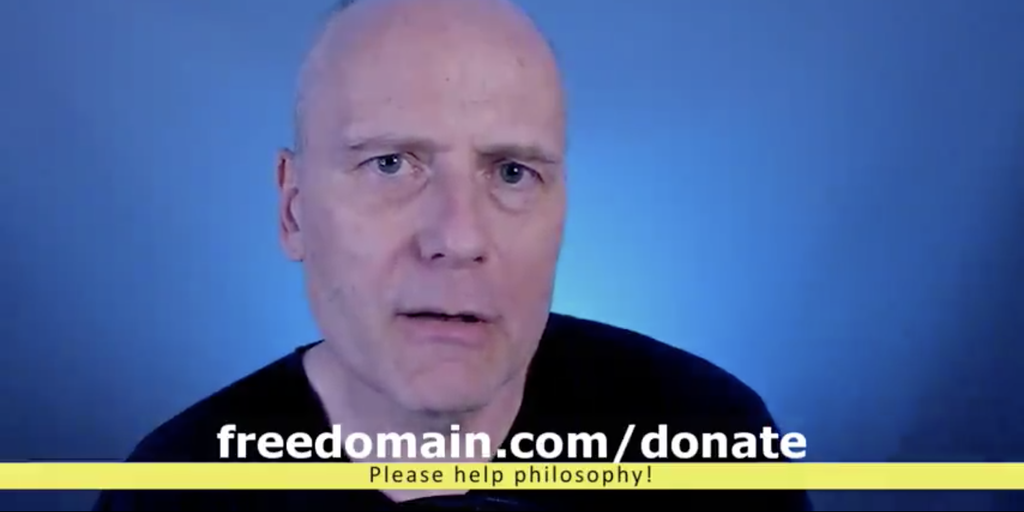 Since Monday, when the ban happened, Molyneux has received 11 donations of BCH—the largest was 120 BCH, which was worth about $26,636 early today. That’s not the only cryptocurrency that Molyneux takes donations in, however. He also happily accepts Bitcoin, Ethereum, Dash, Skycoin and Dogecoin, and Monero. All the donation addresses are listed on his website.

“Thank you to whoever did this! Let truth and reason persevere. Hopefully whatever he does from now on will be even more influential,” weepingswords, who first spotted the donation, wrote on Reddit.

A YouTube spokesperson told Dycrypt that the banned channels “repeatedly or egregiously violated our policies by alleging that members of protected groups were innately inferior to others, among other violations.” After updating its guidelines to better address supremacist content, YouTube said it saw “a 5x spike in video removals.”

A self-described philosopher, Molyneux sees the YouTube ban as unjust: “Fourteen years of my life, thousands of videos, billions of comments, hundreds of millions of views and nearly a million subscribers has been destroyed,” he said in a video statement on Twitter.

“The accusation is the usual one—that I am fomenting violence and hatred and so on. Which is not true at all. I have consistently promulgated the non-aggression principle and called for reason and evidence as the methodology by which we can resolve social disputes and differences. It doesn’t seem to have mattered of course. The book-burning is underway.”

Crypto and the right-wing

Cryptocurrency became popular among right-wing extremists during the 2017 Bitcoin bubble, after Paypal and traditional credit card processors cut off payments to dozens of alt-right groups, following a deadly white nationalist rally in Charlottesville. (Specifically, PayPal cut off Molyneux’s account in November 2019. The far-right personality received much of his income from fan gifts, including recurring donations through PayPal.)

In one tweet, Richard Spencer even went so far as to declare Bitcoin the “currency of the alt-right.”

Bitcoin is the currency of the alt right.

Needless to say, not all Bitcoiners hold these radical views. Some are first amendment absolutists and embrace blockchain technology in part precisely because it is uncensorable.

David Golumbia, author of the book “The Politics of Bitcoin: Software as Right-Wing Extremism,” told Foreign Policy last year that he thinks only a small number of cryptocurrency users are out-and-out fascists and Nazis. Golumbia also added: “I also suspect that the proportion of fascists in that world is higher than it is in the general population.”

Molyneux did not respond to a request for comment.

In his video denouncing his deplatforming, he said that YouTube’s goal is “to remove the middle—to remove those of us who are looking for peaceful solutions, rational solutions, philosophical solutions to social differences.” He urged his followers to resist violence, “despite the inevitable blowbacks that philosophers always receive from the powers that be.”