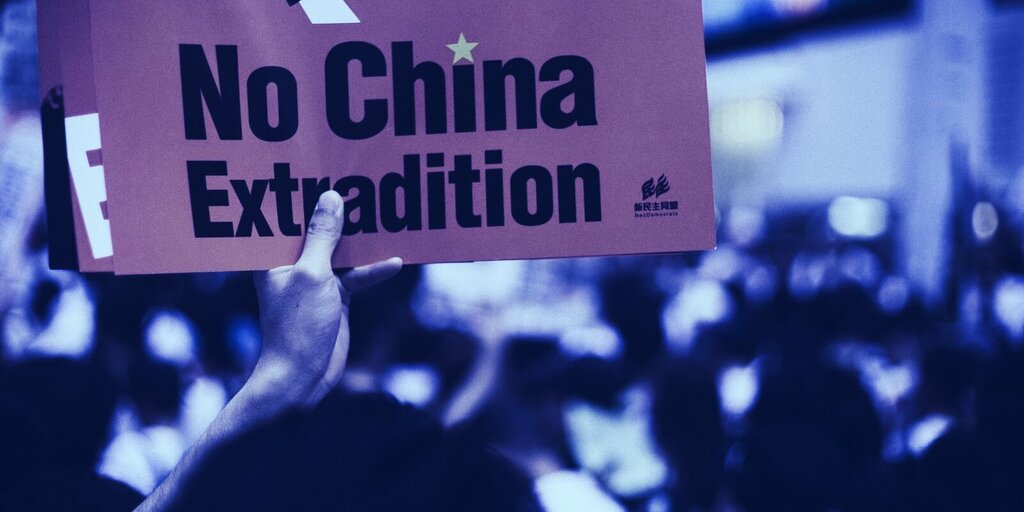 Decisions by international banks to reportedly scrutinize clients’ potential ties to the year-long pro-democracy protests in Hong Kong are not reflective of the official government policy of the City’s central bank, the Hong Kong Monetary Authority (HKMA), it said.

Reuters reported earlier this week that bankers at the largest international banks in Hong Kong were broadening scrutiny of their due diligence efforts on clients, scanning social media to see if clients and their associates have made comments that might be viewed as derogatory to Beijing.

Reportedly, one bank was asked to audit its clients for comments as far back as 2014 to gauge their political stance on Hong Kong’s “umbrella movement” and developments since.

The international Financial Action Task Force (FATF) defines a politically exposed person as “an individual who is or has been entrusted with a prominent function”, usually a head of state, senior politician, high-ranking military official, or executive of a state-owned enterprise. FATF instructs financial institutions to flag these people because they are in “positions that can be abused for the purpose of laundering illicit funds or other predicate offenses such as corruption or bribery.”

For its part, the Hong Kong Monetary Authority denies that its definition of “politically exposed person” has been expanded to include pro-democracy protestors.

The Securities and Finance Commission had no comment with regards to the issue, but pointed to its publicly available definition of a politically exposed person, which is similar to the FATF’s and has not been changed since March 2018.

HSBC and the Hong Kong protests

According to The Times, London-listed HSBC, which calls Hong Kong its biggest market, has drawn criticism in the UK for its support of China’s controversial National Security Law, which effectively stifles any criticism of Beijing’s crackdown on Hong Kong.

An HSBC spokesperson is quoted as saying it has a “stringent set of policies and rigorous processes in place which we apply globally.” Spokespeople for Credit Suisse, UBS, and Julius Baer have all declined to comment on The Times’ queries if they have stepped up their client screening procedures.

Dow Jones and Lexis Nexis, which provide databases of “politically exposed people,” did not return requests for comment.