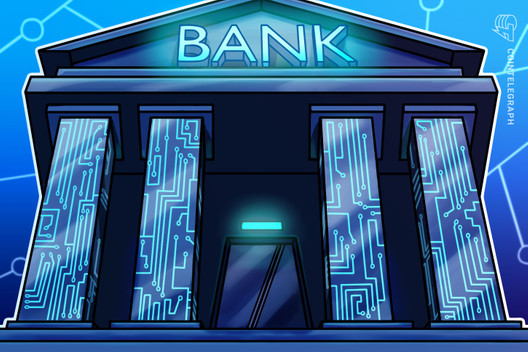 The Bank of Lithuania has revealed ambitious long-term plans to develop its blockchain platform for use beyond the financial services sector.

The Bank of Lithuania (BoL) has revealed ambitious long-term plans to develop its blockchain platform for use beyond the financial services sector.

On May 26, the central bank’s blockchain-based sandbox, LBChain project, completed its third and final stage.

In a wrap-up meeting this morning, BoL’s blockchain project manager Andrius Adamonis said that the bank ultimately envisions moving beyond LBChain to develop a future “LTChain” — short for Lithuania Chain —  that would have non-financial applications.

This future LTChain would see the bank cooperating with other public institutions and seeking to attract start-ups from non-financial sectors, including energy, healthcare and transportation.

Bank of Lithuania plans to launch LBChain in Q4 2020

In the short term, Adamonis revealed that the central bank has plans to launch LBChain in the fourth quarter of this year, as well as to finalize its commercial procurement with the fintechs and service providers currently involved in the LBChain project.

In its earliest stage, the BoL had selected Deloitte, IBM and Tieto to work with fintechs on developing and testing their solutions. In fall 2019, the bank chose IBM and Tieto to proceed as finalists vying to develop the LBChain platform itself.

Adamonis noted that in response to feedback from the financial services sector, the bank had focused R&D on permissioned systems rather than on public blockchains, choosing therefore to base LBChain on R3’s Corda and Hyperledger Fabric.

The five fintechs that were selected to take part in the third and final stage of the sandbox presented the results of their testing at the meeting today.

Throughout its three stages, the sandbox has enabled 11 fintechs from eight different countries to conduct blockchain-focused research in a controlled regulatory environment.

Adamonis said the project had been successful in attracting foreign investment, spurring cooperation with academic institutions and deepening the bank’s technological capacities with blockchain.

Going forward, he said the BoL seeks to attract more international start-ups and to strengthen its public-private collaborations.

At the end of last year, the BoL also revealed its plans to release a digital, blockchain-based collector coin dedicated to commemorating Lithuania’s Act of Independence in 1918.