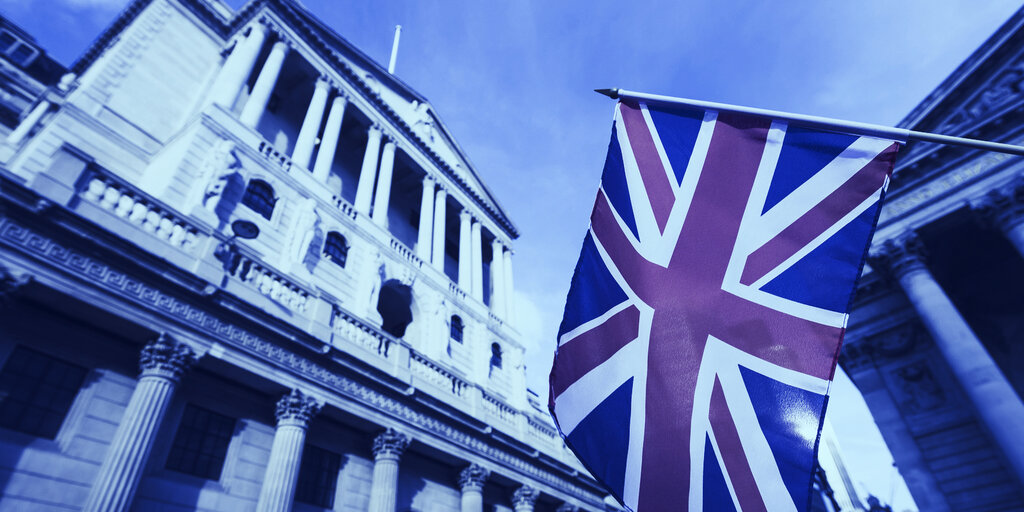 The Bank of England’s governor today slammed Bitcoin as a substandard method of payment but reiterated the bank’s interest in central bank digital currencies (CBDC) and stablecoins.

Despite the interest in a centrally planned digital currency, the UK’s top banker still didn’t reveal much on whether the country had advanced in its development of such a currency.

“They [crypto-assets] have no connection at all to money,” said Andrew Bailey in a speech to the Brookings Institute today. Using Bitcoin as an example, he added that cryptocurrencies “may have extrinsic value” but are a “highly risky investment opportunity.”

Bailey, who became the head of the BoE in March, went on to talk about stablecoins and how they could prove useful for global payments—while assets like Bitcoin have failed to do so, he claimed.

“Stablecoins could offer some useful benefits. For example, they could further reduce frictions in payments, by potentially increasing the speed and lowering the cost of payments (particularly if global stablecoins were to be established),” he said in the speech.

Bailey then added that stablecoins and CBDCs could co-exist and work hand in hand—noting that a framework where “they could sit alongside each other, either as distinct payment options, or with elements of the stablecoin ecosystem, such as wallets, providing consumers with access to a CBDC” could be an option.

Former RBI governor says Bitcoin has a place with CBDCs

On CBDCs, Bailey said although they have potential, launching one would require “careful consideration” and didn’t offer any clues on the BoE’s development of such an asset.

Bradley Rice, senior regulatory lawyer at law firm Ashurst, said in a statement provided to Decrypt that the governor’s speech further positioned the “Bank and the UK at the forefront of the development of Central Bank Digital Currencies.”

“Ultimately, there is no way a Central Bank or Government is going to give up control of monetary policy and its reserve currency to the private sector, especially if they are not even located in the UK (or anywhere, with some decentralised systems),” Rice said. “This is a marathon and we have a long way to go, but the Bank may be forced to sprint if it doesn’t keep pace.”

Nevertheless, the Bank of England has been comparatively slow when it comes to development of a CBDC. While countries like China and Japan are seemingly winning the race on developing a digital fiat currency, the UK’s central bank and the US Federal Reserve are taking a much more cautious approach.