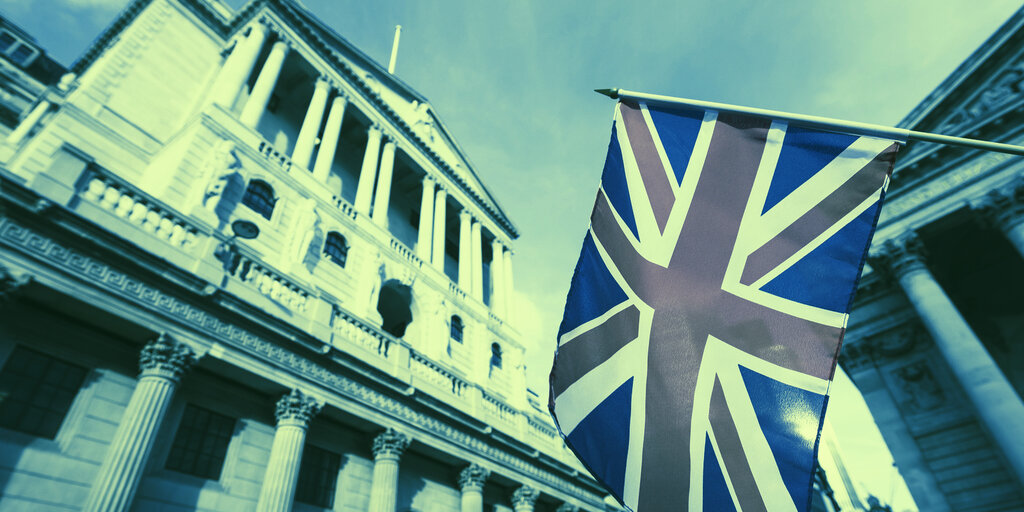 The Bank of England today announced new measures to curb the economic disaster caused by the ongoing coronavirus pandemic.

The central bank of the United Kingdom said that it is expanding its quantitative easing measures by an additional £100 billion ($125 billion), meaning that the entire economic stimulus program now totals £745 billion ($932 billion).

Specifically, its new measures expand its program to buy UK government and corporate bonds. The Bank of England is printing money to fund its initiative. It has also kept its interest rate at 0.1%, the lowest on record. The measures were voted in by a majority of 8-1.

The UK economy contracted by 20.4% in April, and the International Monetary Fund in April said that the pandemic will cause the biggest recession since the 1930s.

“Risky asset prices have recovered further from their March lows, although they have remained sensitive to news on the evolution of the pandemic,” said the Bank of England in its statement today. “Evidence from business surveys and the Bank’s Agents is consistent with a weak outlook for employment in coming quarters.”

The UK is among the worst affected countries in the world. According to data from Johns Hopkin’s University, the UK has the third-highest number of deaths in the world. At 42,438 confirmed deaths, the UK’s death toll is surpassed only by the US and Brazil, both countries with significantly larger populations.

Associated with concerns of low interest rates are worries about negative interest rates. Dean Turner, an economist at UBS Global Wealth Management, told The Guardian today that such fears are overblown.

“This genie is going to be very hard to get back into the bottle now that it has been released. At this stage, we don’t believe the Bank will take rates lower this summer, let alone into negative territory,” he said.

But more extreme measures may be necessary to help the UK’s economy get back on its feet. “There is a risk of higher and more persistent unemployment in the United Kingdom,” said the Bank of England today. “The economy, and especially the labor market, will therefore take some time to recover towards its previous path.”