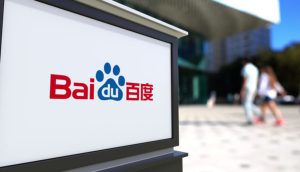 An official announcement earlier on Tuesday from Baidu Inc., one of the world’s largest multinational technology and artificial intelligence companies, confirmed the launch of its beta test blockchain platform, Xuperchain. The blockchain is an open source engine that allows users to build dApps and run them on the platform “quickly”. The official website reads,

The blockchain tested 350 TPS (transactions per second), significantly higher than both Bitcoin and Ethereum speeds, 7TPS and 15TPS respectively. However, the figure is still very low compared to the promise of carrying over 65,000 TPS on one chain and 200,000 TPS across the network.

Baidu Inc. launched its pilot project in May 2019 but developers faced a couple of challenges leading to the new update.

Blockchain in China is just taking off?

With one of the largest companies in China taking its space on the front row of blockchain implementation, the world should take note of the increasing presence of large legacy Chinese companies in the space. In 2018, Alibaba’s subsidiary, Ant Financial raised $14 billion USD to develop implementations of blockchains with the pilot project in line to be released this year.

According to a report featured on Coingape, the Chinese blockchain industry is expected to grow by 67% CAGR till 2025, showing huge institutional interest in the country. With top companies entering the market, and regulations fairly tilted to them, the decentralized ledger technology industry is set to experience a rush of development, investment and capital bumps.

Furthermore, the government is lenient on blockchain development in country despite banning initial coin offerings (ICOs) and crypto exchanges. The state sponsored a blockchain service network in Hangzhou, Zhejiang to make the government processes more efficient and friendly. Lest we forget the People’s Bank of China (PBoC) announced they will be launching a digital currency soon.