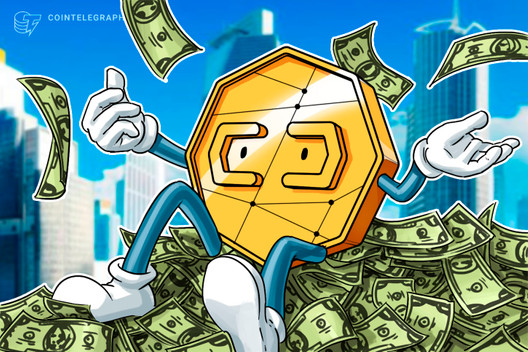 Blockchain project Avalanche raises $42 million in a public sale, with the mainnet launch now being expected to come by the end of August.

The Avalanche project, a blockchain protocol founded by Cornell’s Emin Gün Sirer, has completed a $42 million public token sale after raising $12 million in a private sale in June.

Avalanche blockchain developer AVA Labs said that the Avalanche network launch is expected to come by the end of August.

The $42 million public sale took place on July 15, taking just a few hours to complete. Starting at 10:00 a.m. ET, the token sale offered up to 72 million AVAX tokens. At 2:33 p.m. ET, just four hours and 33 minutes after the start, the sale was completed with all token pools completely filled, AVA Labs said.

Originally, the public sale was expected to run for at least two weeks.

The token sale involved participants from 100 countries in line with previously announced rules. According to the firm, the sale even featured participation from Ethereum’s Genesis block — the first or origin block of a private network on the Ethereum blockchain.

A spokesperson at AVA Labs said, “It was initially flagged by our community actually as a sign that Avalanche is attracting support from early users and influential people in crypto (e.g. an anonymous Ethereum leader from its earliest days participated in the Avalanche sale).”

As previously reported, the Avalanche token, or AVAX, is the native utility token of the Avalanche platform and is not pegged to any asset. By participating in the token sale, investors reserve the right to contribute to the growth and development of the Avalanche network. While not yet listed on any exchanges, AVAX tokens are scheduled to be distributed upon the mainnet launch in August.

Referred to as the “Internet of blockchains,” the Avalanche protocol is designed to provide an open-source platform and a layer 1 protocol for launching decentralized finance applications and enterprise blockchain solutions.