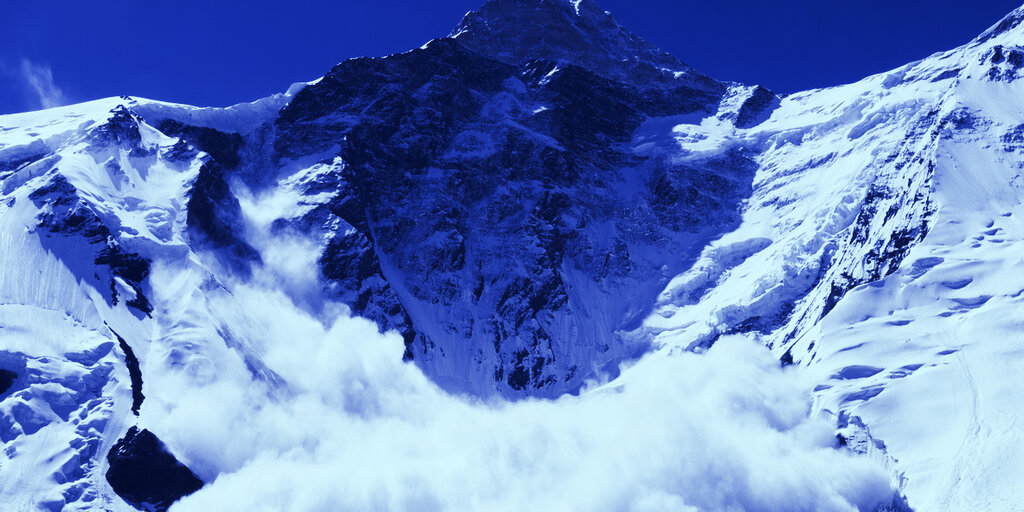 Ava Labs, an open-source platform in the decentralized finance (DeFi) space, is launching Avalanche, a fully featured mainnet for DeFi applications and blockchain developments. The launch is scheduled for September 21, 2020.

DeFi refers to financial applications built on blockchain technology. The space has been growing at speed within the crypto industry, peaking at just under $10 billion in total value this month. However, this growth has been marred with intense pressure on the Ethereum network, with issues like network congestion and high fees holding back further progress. The Avalanche platform is attempting to address these issues, and promote growth and participation in the DeFi space.

“Avalanche is now ready for launch, and we’re excited to show the world what it is capable of,” Emin Gün Sirer, CEO and co-founder of Ava Labs, told Decrypt.

The Avalanche launch comes 16 months after the Ava Labs team exited stealth mode. During this period, the team at Ava Labs carried out three test networks before they were confident the time was right to launch Avalanche. “We’ve become more vocal as we’ve completed key milestones, but we tend to believe in showing, not telling,” Sirer said.

“There’s plenty of noise in our space, and the only way to cut through that is by building genuinely new technologies that allow for leaps in progress,” he added.

Avalanche is a smart-contracts blockchain platform that confirms transactions in under a second, enabling millions of independent validators to participate as full block-producing nodes. The platform also carries a native token (AVAX), which will primarily be used to secure the network through staking, paying operational fees, and the creation of new networks on Avalanche itself.

“To be clear, these aren’t easy improvements to make. It took the first major breakthrough in our space since the Bitcoin Whitepaper to achieve these benchmarks,” Sirer added.

The state of DeFi

DeFi’s total value has grown from approximately $1.5 billion to approximately $9 billion in the last three months. Amidst this exponential growth, the DeFi space has also been held back by hacks and consumer losses. Most recently, the DeFi protocol bZx was hacked for the third time this year, experiencing over $8 million worth of consumer losses as a result.

“Recent developments underscore just how young the space is and how much it still has to mature before it can really boom,” Sirer said.

“Users will continue to learn from mistakes and approach new projects with healthy scrutiny, the underlying tech will improve, and DeFi contracts will become hardened through battle testing,” Sirer added.

Ava Labs hopes the launch of Avalanche can propel DeFi to new heights. According to Sirer, the platform “means a market structure defined by velocity, efficient use of capital, and innovation in new products and services that aren’t possible with the current wait times to finalize transactions.”

Or even just low fees would be a start.