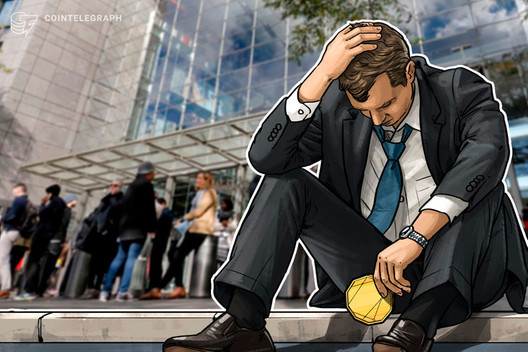 The website is still accessible through VPNs and mirrors.

BestChange.ru, a major cryptocurrency website in Russia, has got blocked shortly after local lawmakers finally passed the country’s crypto legislation.

An aggregator of about 400 local crypto exchange websites, BestChange.ru website was blocked by Russian telecom regulator Roskomnadzor on Aug. 26.

The website is still available through the use of VPN services as well as mirror websites like BestChange.net, according to a popup announcement on BestChange.ru.

According to an announcement on local social media VK.com, BestChange.ru website was blocked alongside a bunch of other industry sites for “mentions of Bitcoin cryptocurrency.”

According to public court records cited by BestChange, Roskomnadzor blocked BestChange.ru alongside websites like cryptowikipedia.ru and coinpost.ru. According to the data, the websites were “offering to buy electronic currency Bitcoin and certain products using this currency.” As cryptocurrencies like Bitcoin are prohibited from being used for payment in Russia, the distribution of information about these services by the websites is illegal, the court records note.

BestChange.ru is apparently one of the largest crypto websites in Russia. According to data from website analytics tool SimilarWeb, BestChange has been steadily growing this year to hit 3.3 million users in July 2020. The website delivers a list of crypto exchange services, in addition to providing verification and ratings for each platform.

BestChange.ru website has been blocked multiple times before. As reported by Russian news agency RBC, the website was first blocked back in 2017. The website remained available through the use of services like VPN, the report notes. Roskomnadzor reportedly blocked BestChange.ru again in 2019, arguing that distribution of information about Bitcoin “contradicts Federal laws and is prohibited on the territory of Russia.”

The news comes shortly after Russia finally passed its first legislation related to the cryptocurrency industry. As President Vladimir Putin signed the bill into the law on July 31, payments in cryptocurrencies like Bitcoin are going to become illegal on Russia’s territory starting from January 2021.