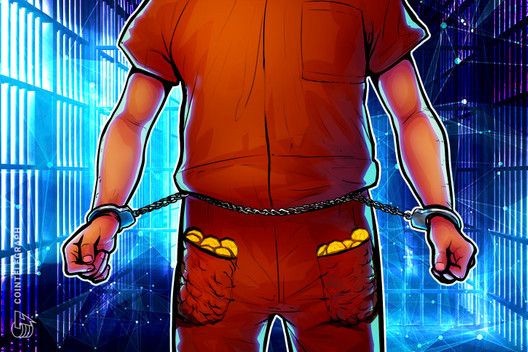 An Australian woman is facing more than two years in prison after stealing more than $300K in XRP tokens in January 2018.

A judge has sentenced Australian citizen Kathryn Nguyen to a maximum time of 2 years and 3 months in prison for her role in stealing more than 100,000 XRP tokens in January 2018.

According to an Aug. 11 report in Australian publication Information Age, Nguyen was sentenced over the theft of more than $300,000 in XRP two years ago. She was initially charged in Oct. 2018 and pled guilty to fraud charges the following August.

Chris Craigie, the judge presiding over Nguyen’s case, said it was a “difficult and troubling decision” to send her to prison. The Australian national will reportedly be eligible for parole in October 2021.

Nguyen was one of the first people to be charged with the theft of crypto assets in Australia.

In January 2018, she reportedly hacked into the email of a 56-year-old man with the same last name as her and stole all his XRP holdings before releasing control of the account two days later. This was at a time when the crypto asset was near its all-time high of $3.84.

Nguyen reportedly transferred the XRP holdings to a Chinese crypto exchange where she swapped the tokens for Bitcoin (BTC), sending them to multiple wallets in what may have been an attempt to launder the funds. According to local news outlet 7News Sydney, authorities in China were only able to recover roughly $9,000.

XRP falls out of favor

The value of XRP has since dropped to $0.30 as of this writing, making the amount of crypto stolen now worth approximately $30,000.