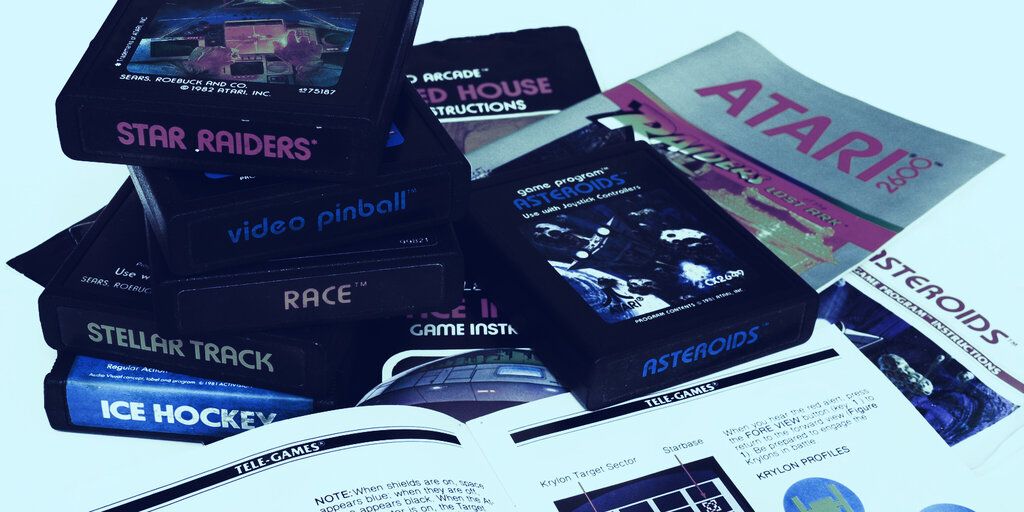 Pong, at long last, is coming to the blockchain.

Classic video game publisher Atari has teamed with Hong Kong crypto-gaming firm Animoca Brands to bring the 70’s classic, along with 14 other titles, to the world of crypto gaming. And on Atari’s very own, dedicated blockchain gaming console to boot.

Animoca Brands announced Tuesday that Atari had awarded it the rights to publish blockchain-ified versions of these games, including Asteroids, Lunar Lander, and Centipedes. Aminoca will have the exclusive rights to provide blockchain content for Atari’s upcoming video game console, the Atari VCS, on which players old and young can play all of Atari’s rich backlog of classics.

“Our ambition for the Atari VCS is to develop an ecosystem that gives users access to the largest number of tools for creation and entertainment,” said Frederic Chesnais, CEO of Atari, in a statement. “Blockchain games inside a virtual world are a perfect example for the types of entertainment that we want to propose to the Atari VCS user base.”

Tuesday’s announcement expands on Animoca Brand’s original licensing deal with Atari in December 2018. The difference is that 15 games more have been announced. Animoca will gain the rights to a further 13 Atari games once certain conditions are met.

“We are very excited at the opportunity to catapult these nostalgic, history-making games into the future,” said Yat Siu, co-founder and chairman of Animoca Brands, in a statement. The excitement comes at a price: Animoca has agreed to pay about $4 million in licensing fees (all payable in stock).

Animoca Brands is perhaps best known for publishing The Sandbox, a voxel-based world building game that lets you buy plots of land (using its currency, “SAND”) and share them with other users. The game has several millions of dollars of funding; it’s backed by Final Fantasy makers Square Enix and the South Korea-based Klaytn.