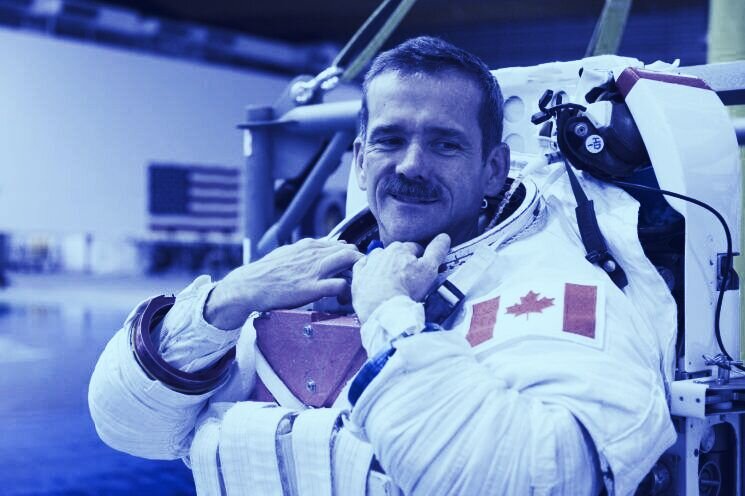 The space industry has been hailed as the next frontier for blockchain, and for Chris Hadfield, retired Canadian astronaut and former commander of the International Space Station, the technology’s a natural fit.

A new space race is on the horizon, taking in players such as America, Russia, India and China alongside private outfits like SpaceX and Blue Origin. “If you look at the Chinese space program, or the American or the Russian, or Indian, or whoever’s, it’s a really complex problem to solve, with thousands of moving pieces,” Hadfield told Decrypt media partner Forkast in a recent interview. “If you make a mistake, you kill people or you have billions and billions of dollars worth of damage.”

Blockchain and similar technologies, Hadfield said, are a “natural application” to check the pedigree of the data that’s running through the system, from the assembly and execution of the vehicles and launch rockets to their operation.

Beyond getting vehicles into space, blockchain’s also being used for applications in space itself. Firms such as Blockstream, SpaceChain and Consensys Space (disclosure: Consensys funds an editorially independent Decrypt) are launching nanosatellite blockchain nodes into orbit; in 2018, SpaceChain successfully ran a test of a blockchain transaction between an orbiting node and a ground station.

“People are starting to recognize you can set up a nodal structure using a task-specific design blockchain asset in orbit.”

“People are starting to recognize you can set up a nodal structure using a task-specific design blockchain asset in orbit,” said Hadfield. “So that’s one side of it, just using the geometry and the isolation and therefore the appeal of that for the security and the globalization of blockchain.” Blockchain, he said, is one of many “natural outgrowths of the decreased cost of access, and the increased reliability and understanding of putting things and operating in orbit around the Earth.”

Taking blockchain to the Moon

Hadfield, a keynote speaker at the upcoming Asia Blockchain Summit, believes that with the infrastructure to mine resources from the Moon, comes the potential for trillions in riches—and that blockchain could be a key part of the mining infrastructure.

How blockchain is powering the new space race

“We are going to find things on the Moon that are of immense value or marketable value to businesses and people back here on Earth,” Hadfield said. “That is where we need to be forward-thinking: how are we going to be able to set up structurally to support that?” It is, he said, a “terrific market” for forward-thinking computer technology. “It’s a great opportunity for blockchain,” Hadfield added. “Nobody knows for sure where we’re heading, but I think no one also, conversely, can predict the exact opportunities that are going to come from it.”

How COVID-19 is changing perspectives

Around the globe, the coronavirus pandemic has forced people into self-isolation and quarantine. It’s been a trying, uncertain time for many. But for astronauts, living and working in isolation is just part of the job—giving Hadfield a unique insight into how to cope with our changed circumstances and keep a positive frame of mind.

As Hadfield points out, coronavirus is “constantly changing and evolving.” Once you’ve developed as deep an understanding of it as you can, he told Forkast, “You need to set a set of objectives. What does success look like?”

“There is still grace and joy and sunsets and sunrises and magnificence in the world,” he added. “We maybe just have to shift our perspective as if we’re on a new spaceship to appreciate that.”