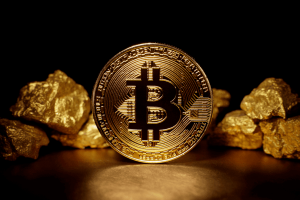 Gold prices made a new yearly high yesterday. While the difference from the February highs is mere $4, $1751 compared to $1747, it is following a wide and deep trough caused by the massive COVID-19 dump. Since the ominous address made by the U.S. Fed Chairman, Jerome Powell, on Wednesday, gold has risen by 3.45%. Moreover, silver also recorded massive gains with a 8.51% increase since the address.

The strained US-China relationship is also adding the buying stimulus for gold. Nevertheless, if the expansion in the monetary were to continue, Central Banks around the world might get motivated to sell their gold reserves with money printing and interest rate already at new lows.

Bitcoin [BTC] has also been in an uptrend since the sell-off in March. While a lot of it has to do with the greed and excitement around Bitcoin Halving, the economic back-drop is leading Bitcoin’s cause, at the moment.

Furthermore, the decline in the stock markets and its’ decoupling with Bitcoin is also favoring it’s non-correlation with the markets. The S&P index is down 3% since Wednesday; currently, trading at $2859.

Will the Uptrend in Bitcoin continue?

Bitcoin bulls seems to be battling the sell-off and bearish rhetoric in the aftermath of halving. The hash-rate has declined to the COVID-19 levels as the old generation of miners are one the verge of extinction. Hence, the sell pressures from the miners is likely to reduce as well.

The price has been in a uptrend since March, and it currently finding support from the mid-line of the ascending bullish channel.

How do you think the price of gold and Bitcoin will react to the economic pressures? Please share your views with us.