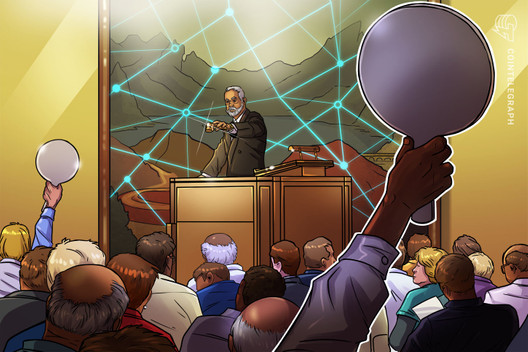 Trevor Jones, the artist who composed Picasso’s Bull — an NFT that sold for a record $55,555 on NIfty — originally thought that NFTs were destined to fail.

On July 23, artist Trevor Jones’ one-of-a-kind piece ‘Picasso’s Bull’ sold for $55,555.55 to Pablo Rodriguez-Fraile of the Museum of Crypto Art (MOCA) on Nifty. The marketplace describes the transaction as “shattering all previous records for the sale of a digital artwork in the form of a non-fungible token” in an August 5 blog post revealing the sale.

Cointelegraph spoke to Jones to learn about his journey with crypto and NFTs.

Jones has been involved with cryptocurrency for four years, having discovered Bitcoin (BTC) when seeking out investment opportunities following a successful solo exhibition at the end of 2016.

The success of his initial investment prompted Jones to spend the latter half of 2017 researching the broader cryptocurrency ecosystem. In 2018, Jones launched a cryptocurrency-themed exhibition of paintings called Crypto Disruption, before receiving an invitation for his work to be featured at a U.K crypto conference the following year:

“I was invited to show some of my work at CoinFestUK in Manchester in April 2019,” he said. “It was my first crypto conference so there was a lot for me to take in. I ended up chatting with David Moore, the CEO of the NFT art marketplace KnownOrigin. He was trying to explain the concept behind NFTs to me.”

“All I remember thinking at the time was that this wasn’t going to work and especially with me being an artist creating physical work in paintings there was no point in me exploring it. I was so wrong!”

Despite initially dismissing non-fungible tokens as doomed to fail, the momentum enjoyed by the sector last year prompted Jones to consider creating and selling artworks in the form of NFTs.

“It was 5 or 6 months after my conversation with David, around September when I began noticing a lot more artists appearing on Crypto Twitter and talking about NFTs and the various marketplaces popping up,” said Jones.

“A lot of interest and excitement was developing around the digital art scene and when I saw a few artists selling their work for decent prices I had to admit I was wrong.”

EthGirl’s auction sparked a heated bidding war before selling for 70 Ether (ETH) on SuperRare marketplace. Equating to roughly $10,080, the auction broke the previous record for the highest-valued artwork sold on SuperRare by 600%.

Jones has since created one dozen NFTs over the course of nine months. When asked if he will continue creating NFTs, the artist said: “I’d be crazy not to!”

“I see NFTs as a huge part of my future and the future of art and the art market in general,” he continued. “As the space grows and more sales like Picasso’s Bull occur the traditional art market will eventually catch on to the digital art market revolution.”

“The art colleges and artists, commercial galleries and auction houses that don’t adapt to the new ways of creating, selling, investing in and displaying art will eventually become obsolete.”