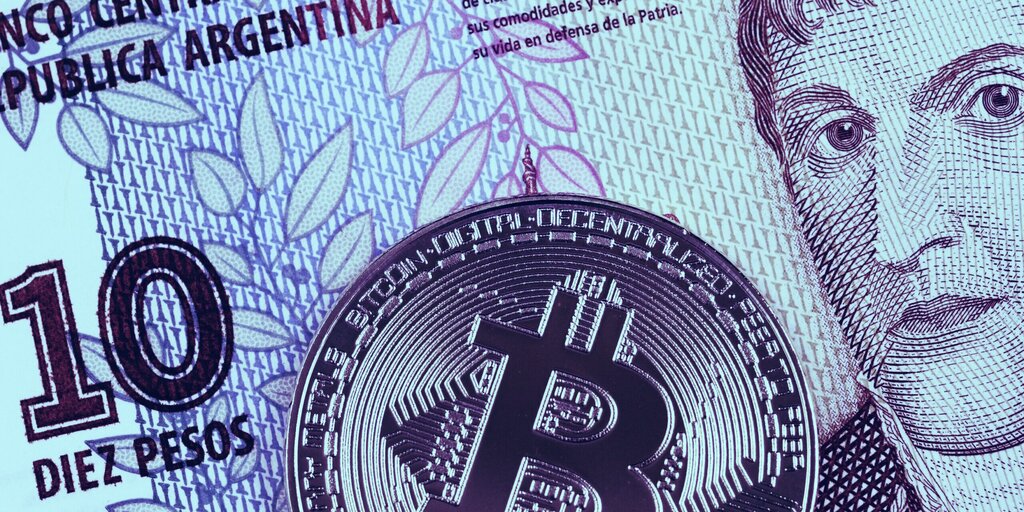 Argentina is the latest country to see its smallest currency denomination hit parity with a satoshi—the smallest unit of Bitcoin.

The Centavo, in circulation since 1854, is now worth approximately one satoshi, bringing into stark relief Argentina’s worst currency crisis ever (and it’s had a few—Argentina has defaulted on its debt a record nine times.)

Claiming that every fiat currency in history had failed, Argentinian Redditor, OneMoreJuan brought the Centavo’s plight to the world’s attention. Only yesterday, Decrypt reported that the Lebanese Lira (known formally as the Lebanese pound,) was now equal to Bitcoin’s smallest denomination.

By these calculations, the real price of one Bitcoin is around $1,050,000 ARS (as opposed to around $650,000 ARS at the official rate) and this is the rate shown on localbitcoins. So, 0.01 ARS—one Centavo—is approximately one satoshi.

Another Redditor pointed out that the Centavo’s value as scrap metal could now be more than its monetary worth, and the post sparked a discussion on the value of money and fiat currencies.

Lebanese Lira collapses, is now worth one satoshi

Argentina has been in the throes of its latest economic crisis since 2018. It was facing its third year of recession, even before the pandemic crisis hit. Inflation is now at around 50% and, in recent weeks, more Argentinians have been buying up Bitcoin.

Other currencies have even fallen below the value of the satoshi, notably the Vietnamese dong.

How many more may yet join the ranks?