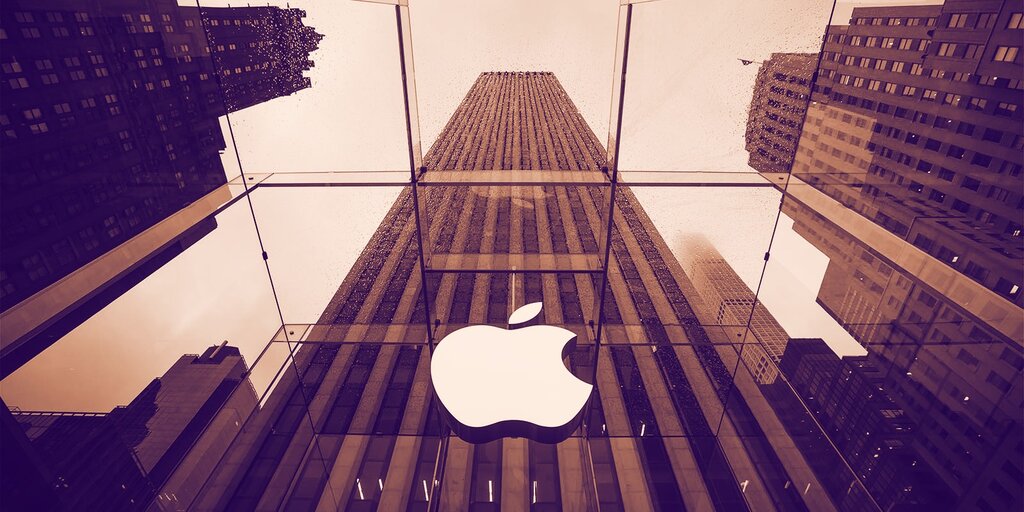 Apple is one of the most valuable companies in the world thanks to the success of its iPhones, Mac computers, and software products. Long-simmering rumors about its work on an electric car project have heated up again recently, but at least one bank believes the company turn its attention to something else: Bitcoin.

RBC Capital Markets, an investment bank which is part of the Royal Bank of Canada, told clients in a note today that it believes Apple is poised to take advantage of rising interest in cryptocurrency. RBC suggests that the tech giant should build a crypto exchange within its existing Wallet service for the iPhone, and that getting into crypto would be less risky and costly than making electric cars.

”The wallet initiative appears to be a clear multi-billion dollar opportunity for the firm (potential for well over $40 billion in annual revenue with limited R&D),” wrote RBC analyst Mitch Steves, according to Bloomberg.

Additionally, Steves suggests that Apple should purchase and hold Bitcoin or other cryptocurrency as a reserve asset, much like electric car maker Tesla announced today. Tesla purchased $1.5 billion of Bitcoin, following the example of business intelligence firm MicroStrategy, which bought $250 million in August 2020 and continued adding more over the past six months.

According to Steves, the gains realized from Apple investing just four to five days of cash flow, roughly $1 billion, would essentially cover the costs of the company developing its “crypto wallet/exchange.”

“This would send even more users to ‘Apple Exchange,’” Steves wrote, suggesting that it would also boost the price of Bitcoin in the process. Following this morning’s Tesla announcement, Bitcoin’s price jumped approximately $5,000 today to set a new all-time high of $44,127, according to CoinGecko.

MicroStrategy has seen enormous impact from its unconventional decision to buy large amounts of Bitcoin as a reserve asset. As explored in another article today, MicroStrategy has spent just $1.145 billion on its Bitcoin holdings since August 2020, and it’s now worth more than $3 billion. Furthermore, the firm’s stock price has skyrocketed some 667% percent since the firm first announced its Bitcoin strategy.

MicroStrategy CEO Michael Saylor believes that an “avalanche of companies” will follow its model, and Tesla validated the idea in a big way today. Could Apple really be one of the next companies to follow suit?

Apple has given no public indication of crypto interest to date, but at least RBC believes it could be mutually beneficial for both the tech giant and Bitcoin alike.