Analysts on How Facebook and the US Congress are Promoting Cryptocurrency 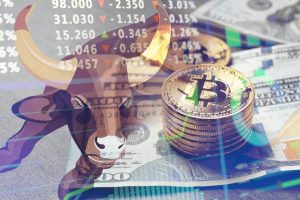 Facebook introduces Libra 2.0, a downgraded version of its crypto project to appease the regulators. After facing sufficient rebuttal from global regulators and setbacks from members backing away from the organization, it has introduced now a simple stablecoin model.

Libra dollar or a Libra Euro will be issued and managed by the organization. Meltem Demirors, the CSO of Coinshares tweeted,

so, it turns out Libra is not a blockchain, it’s a database, and it turns out we are not going to do the whole permissionless thing, so it’s going to be … a permissioned database of credits and debits to the Libra fund

The American Government will be paying $1200 to needful Americans as a part of the Economic Impact Payment to battle the COVID-19 crisis. According to the Secretary of the Treasury, Steve Mnuchin, it should be enough for Americans to meet ends for 10 weeks.

However, the new bill introduced by Congresswoman Tlaib argues otherwise. Pramila Jayapala, a congresswoman and sponsorer of the bill tweeted,

Working people need more than one check during this crisis. Combating the economic fallout means putting cash in Americans’ hands every single month until this is over — regardless of immigration status.

This new bill introduces the concept of a ‘digital dollar’ that will be distributed and controlled by the Fed. However, the proposal includes a digital ledger and permission system which will in included in the database. Rohan Grey, the Research Director at Digital Fiat Currency Institute and President of a student-run organization for the understanding of money notes,

A few points: 1) there are two components to the proposal: FedAccounts and eCash wallets. He added, “eCash wallets will be available only for individuals – not corporations – and will provide decentralized, p2p, non-surveilled, offline transaction capacity”

While there is no mention of ‘cryptocurrency’ or blockchain in the bill, the digitalization of the Dollar is a step forward towards it. Moreover, the concept of crypto-dollarization has already been flourishing via stablecoins in the last couple of years as the total market cap of surpasses $8 billion.

Nic Carter, the founder of Coinmetrics shared an excerpt from President of the European Central Bank formally with the IMF note in 2017 which points towards the inefficiency of the current system, and how cryptocurrencies can help.

The addition of Facebook to its league will increase the market capitalization of stablecoins tremendously.

Last but not least, China is moving fast with its digital currency program in a bid for efficiency and global dominance. Hence, making it imperative for the US Government to adapt to the changing monetary systems as well. Carter added,

How do you think these efforts will affect the crypto markets? Please share your views with us.