Analyst Snickers at Those Who Invest in Gold but Not Bitcoin According to crypto analyst Willy Woo, a $1 investment in Bitcoin a decade ago would be enough to retire on, while the price of gold has barely moved.

An investor who put $1 into Bitcoin a decade ago would have enough money to buy a luxury yacht — but those who invested the same amount in gold would only have enough to buy a Snickers bar.

Crypto analyst Willy Woo posted a chart to Twitter on June 9 examining the performance of Bitcoin (BTC) vs. gold over a ten-year period starting on Oct. 6, 2019.

According to Woo, if someone had put just $1 behind BTC in 2019, their investment would be worth $12.8 million today. However, a comparable investment in gold would have barely seen any return, just $1.66 by 2020.

I made a new live chart for gold bugs.

“I humbly dedicate this chart to Peter Schiff in honour of his tireless promotion of Bitcoin to his audience of gold bugs,” said Woo.

Schiff is a staunch gold proponent who has claimed “only fools are choosing Bitcoin” rather than gold. The gold bug fired back at Woo:

“If you invest $12.8 million in Bitcoin today, 10.7 years from now you will be lucky if you can still afford to buy a Snickers Bar.”

Is ‘digital gold’ the best analogy?

There is no data on cryptocurrencies prior to 2009 (because they didn’t exist), but many have been touting gold as a wise purchase for decades now.

However, gold has been a relatively poor investment over the past forty years. Adjusted for inflation, the price of gold peaked at just over $2,200 in 1980 and is currently valued at $1,713. If you’d bought it in February 1980, you’d be sitting on a negative $500 return in inflation adjusted terms. 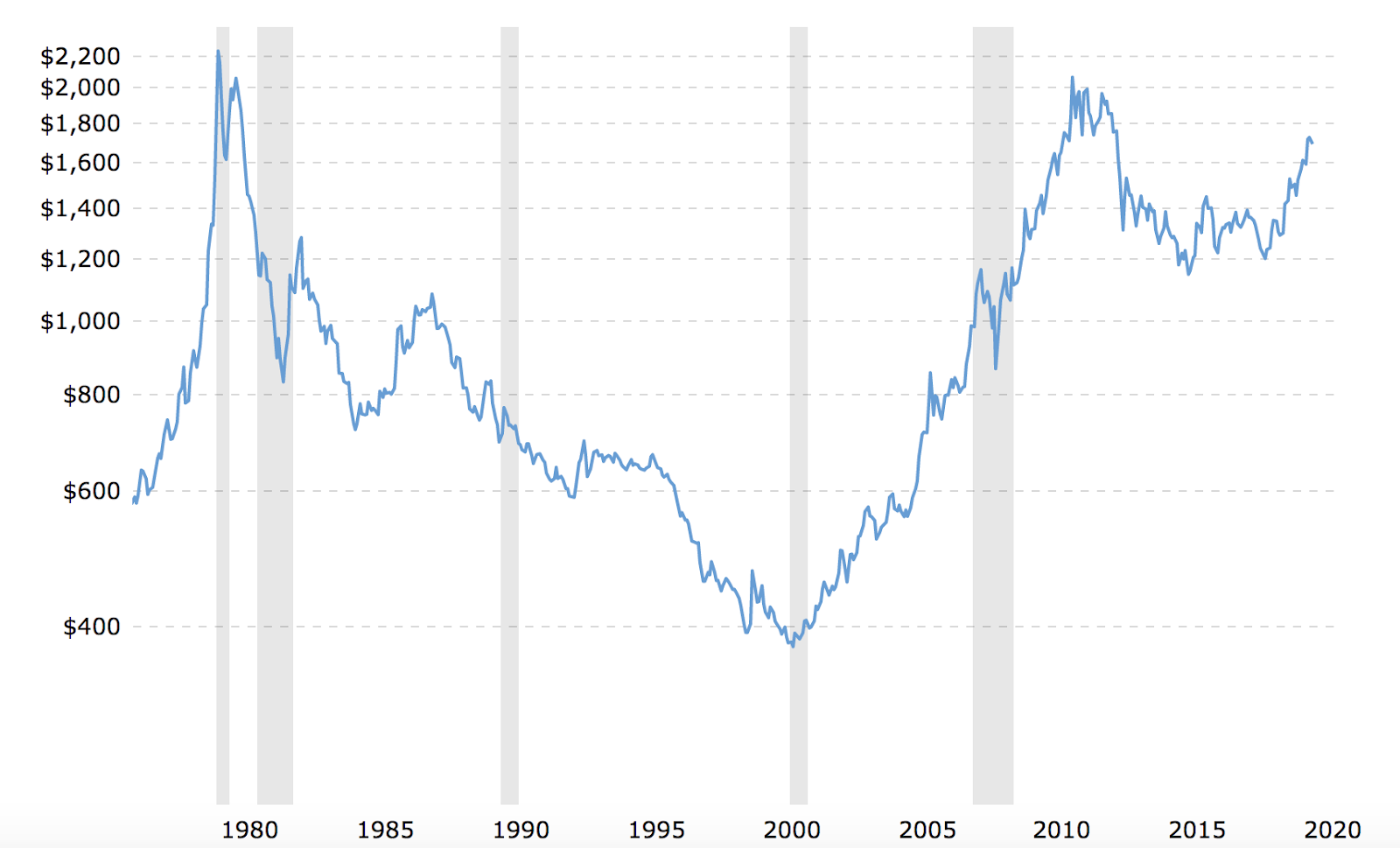 One has to wonder if crypto investors labeling BTC as ‘digital gold’ could come up with a better metaphor. If the precious metals market was to somehow become a good investment, gold bugs might be able to start calling gold ‘physical crypto’.