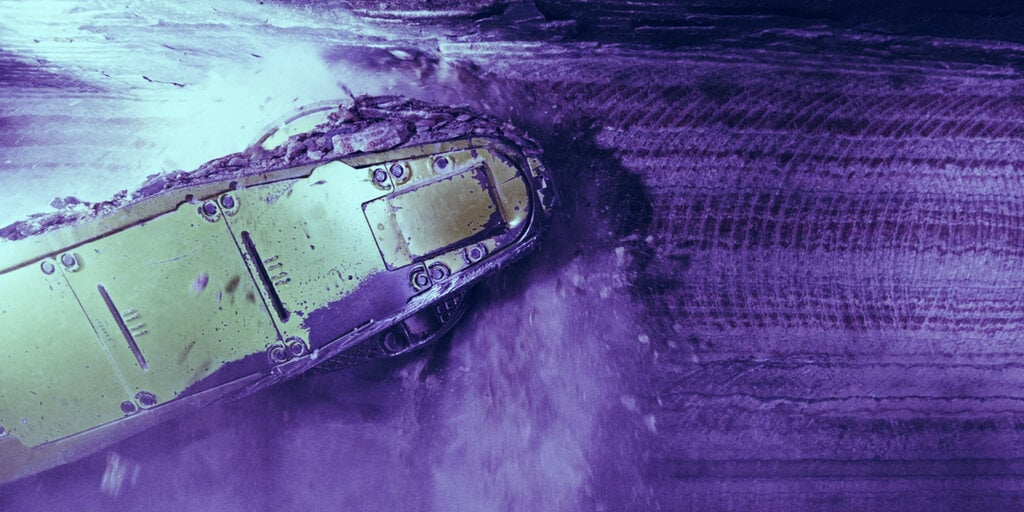 Titan—a mining software company organized by blockchain infrastructure firm Bloq—has announced what it’s calling a new “enterprise-grade” mining pool for Bitcoin. It’s based in North America and geared toward companies that want to mine at scale.

And take a bite out of the Chinese mining industry while they’re at it.

Mining, which allocates raw computing power toward verifying transactions on the blockchain in exchange for the chance to earn cryptocurrency, has grown into a global industry over the past decade.

As Bitcoin’s value grew, it became economically reasonable to invest immense amounts of money in data centers that would give people a leg up in the race to verify transactions. This has come at a significant environmental cost, since these data centers require vast amounts of electricity.

China has historically outpaced North America in terms of its mining capabilities, and Titan’s pool represents a growing effort on the part of American companies to turn the tide.

The University of Cambridge’s Centre for Alternative Finance published a report earlier this year asserting that 65% of the global Bitcoin hashrate (that is, how much computing power is dedicated to Bitcoin mining) was coming from China. The US came in at No. 2, with just over 7% (though these numbers don’t account for virtual private networks).

“The Titan Pool offers a powerful North American alternative and a way for the continent’s Bitcoin miners to achieve the efficiency and scale enjoyed by miners in other regions,” according to a press release.

How to Mine Bitcoin

One of the more prominent American Bitcoin mining companies, Coinmint, is already on board with the new mining pool, as is Core Scientific, a blockchain infrastructure company.

Titan CEO Ryan Condron told Decrypt the pool is very much geared toward professionalized mining. “In the near term, our success will come from not only helping miners earn more but helping them more easily integrate to the broader global financial infrastructure,” he said.

Part of this has to do with reducing specific jurisdictional issues for transnational miners, who may have been based in North America but are mining in China.

“Mining is more or less the ‘Federal Reserve’ of the global Bitcoin network,” Condron told Decrypt, “and non-crypto institutions will want to integrate further here. This will require the mining industry to meet them where they are—that’s where the Titan Pool and its members come in.”

The pool is currently in closed beta. It is scheduled to open to the public with Coinmint and Core Scientific in January and officially launch “soon afterward.”