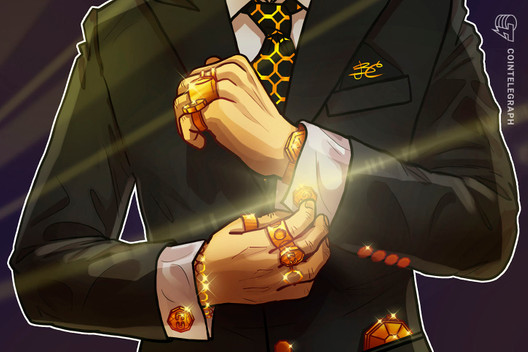 Jeff Bezos is worth more than all Bitcoin in circulation, but he likely couldn’t buy it all himself.

At press time, Bitcoin holds a market cap of approximately $166.4 billion, according to Coin360 data, showing the value of all BTC in circulation at the asset’s current price level.

Bezos’ total net worth outpaces that number, revealing Bitcoin’s relatively small size in comparison to other markets, and even people. For further comparison, gold’s total market cap sat around $8 trillion in May 2020, based on Cointelegraph reporting.

Even at his current net worth, Amazon’s billionaire CEO likely could not buy all Bitcoin in circulation.

Bezos could purchase the available BTC held on exchange order books, Genesis Genesis Mining’s head of mining operations, Philip Salter, speculated to Cointelegraph for a previous story. The activity, however, would likely drive up the asset’s price and remove liquidity from the market. Additionally, some people may not be willing to sell their BTC, while some others have lost their Bitcoin over the years, unable to access it.

Derivatives trader and YouTuber Tone Vays also weighed in with similar thoughts on the matter for a separate article. “He would drive up the price of Bitcoin to the point where he could no longer afford it,” Vays said of Bezos back in April.