ALGO’s Breakout Could Take It to 3300 Satoshis 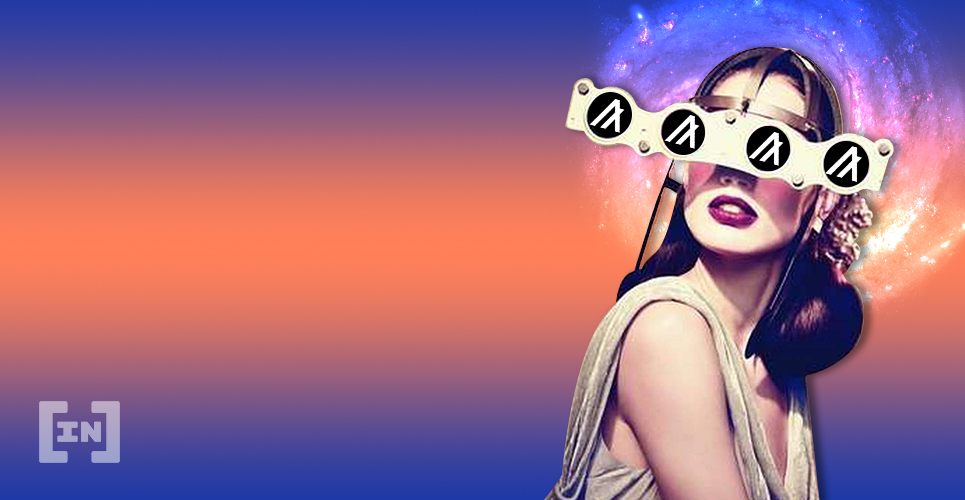 Cryptocurrency trader @imBagsy tweeted an ALGO price chart stating that the believes that the price will head towards 3300 satoshis. However, he does not believe the Risk:Reward ratio is tempting enough to initiate a long trade setup.

I think we'll see a move up to 3.3K sats from here, however I don't think the R:R is great for a long until we flip the EQ as support (orange path). pic.twitter.com/arG9bdWodh

Let’s take a closer look at the ALGO price movement and determine the possibility of it hitting 3300 sats and the R:R ratios of possible setups.

The ALGO price has been trading in a range between 2200 and 4400 satoshis since September 2018. The support area represents an all-time low (2097) reached on September 26, while the resistance area is the 0.382 Fib level of the price decrease that began on August 15.

The price reached the resistance area on December 9 and has been decreasing since. It has yet to retrace to the bottom of the range. 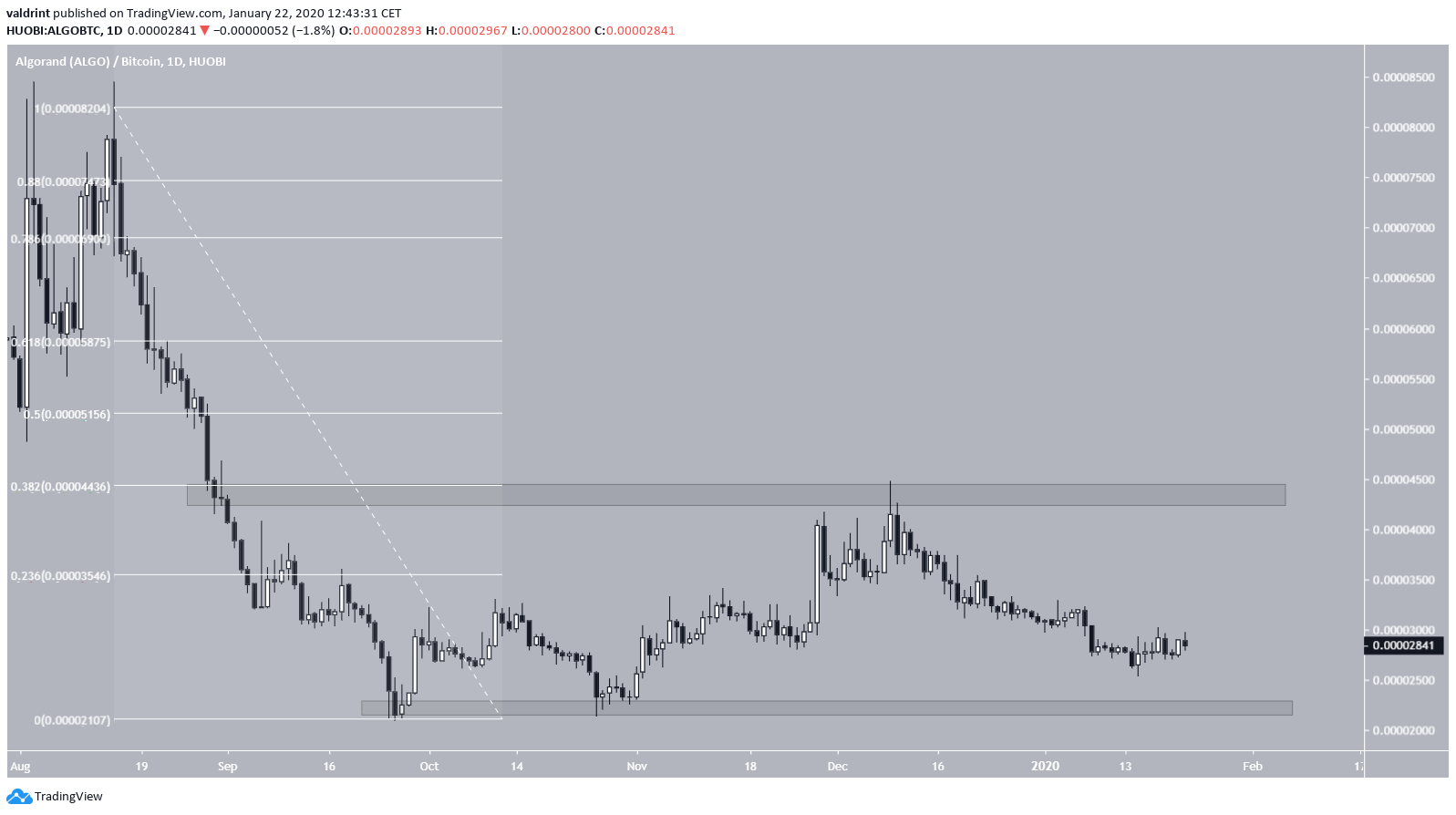 The aforementioned ALGO price decrease has taken the form of a descending channel. While the price is currently at the resistance area of this channel, the possibility of a breakout is thwarted by the daily moving average (MA) resistance.

The 50- and 100-day MAs are very close to making a bearish cross since the 50-day one has turned downward. 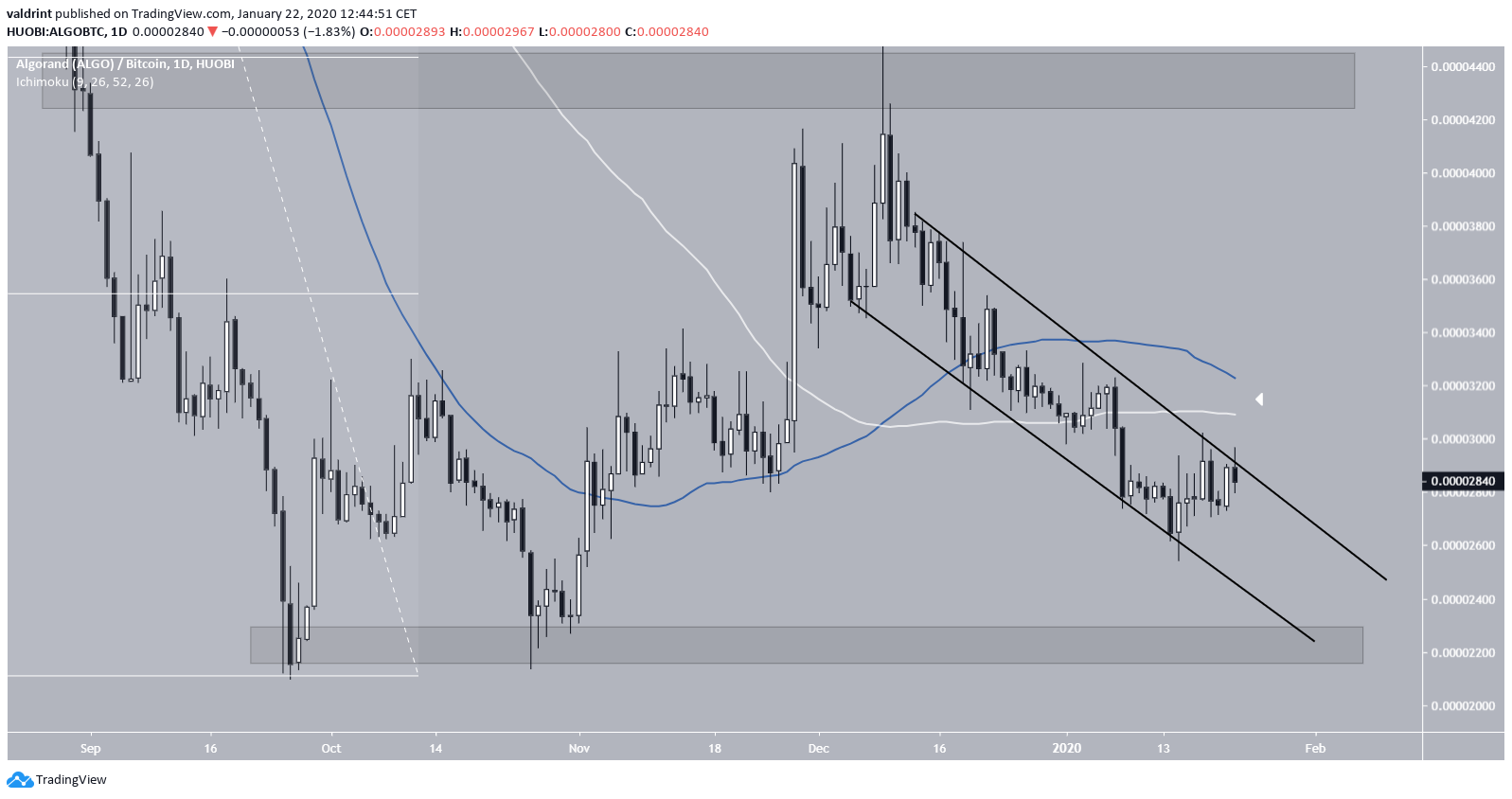 We can outline minor support and resistance areas at 2620 and 3280 satoshis. Using these, we will test the R:R ratio of a long setup as was discussed in the introductory tweet.

Indeed, the R:R ratio of 1.5 is quite small measuring from the current price level. The stop loss used in this scenario is below the minor support area at 2600, the closest level that is likely to provide minor support. Furthermore, this stop could be triggered by a long lower wick, as was the case on January 14.

Therefore, we agree with Bagsy’s statement that the R:R ratio is not enticing enough to initiate a trade. 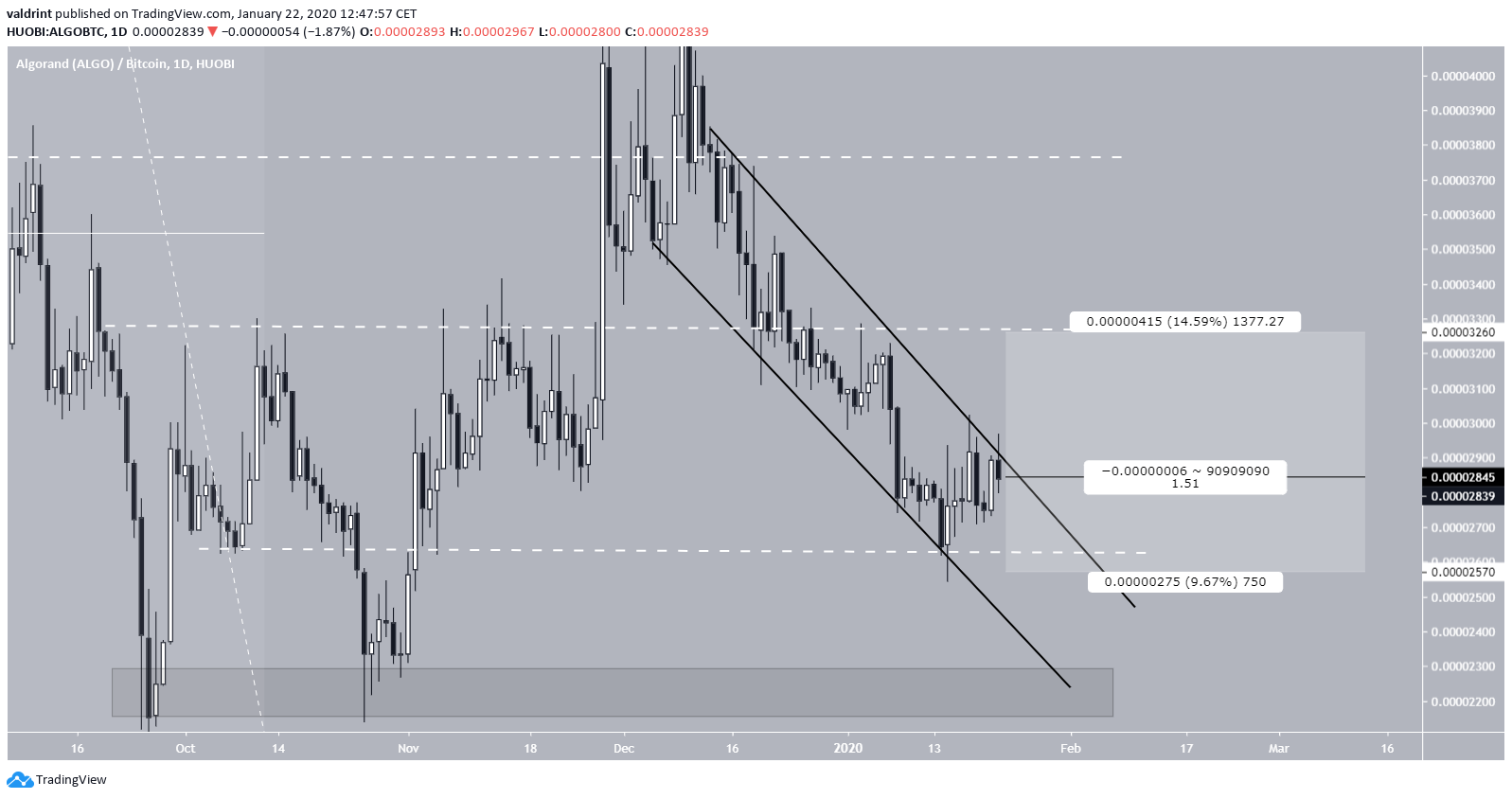 While the ALGO price has bounced at the minor support area and created a bullish candlestick with relatively high volume, that is the only bullish sign until now.

Therefore, we are not discounting the possibility that the price decreases all the way to the next support area at 2300 satoshis, which would coincide with the descending support line at the beginning of February.

Due to the current price position, we think the prudent move would be to stay out of this trade until a clearer setup emerges. 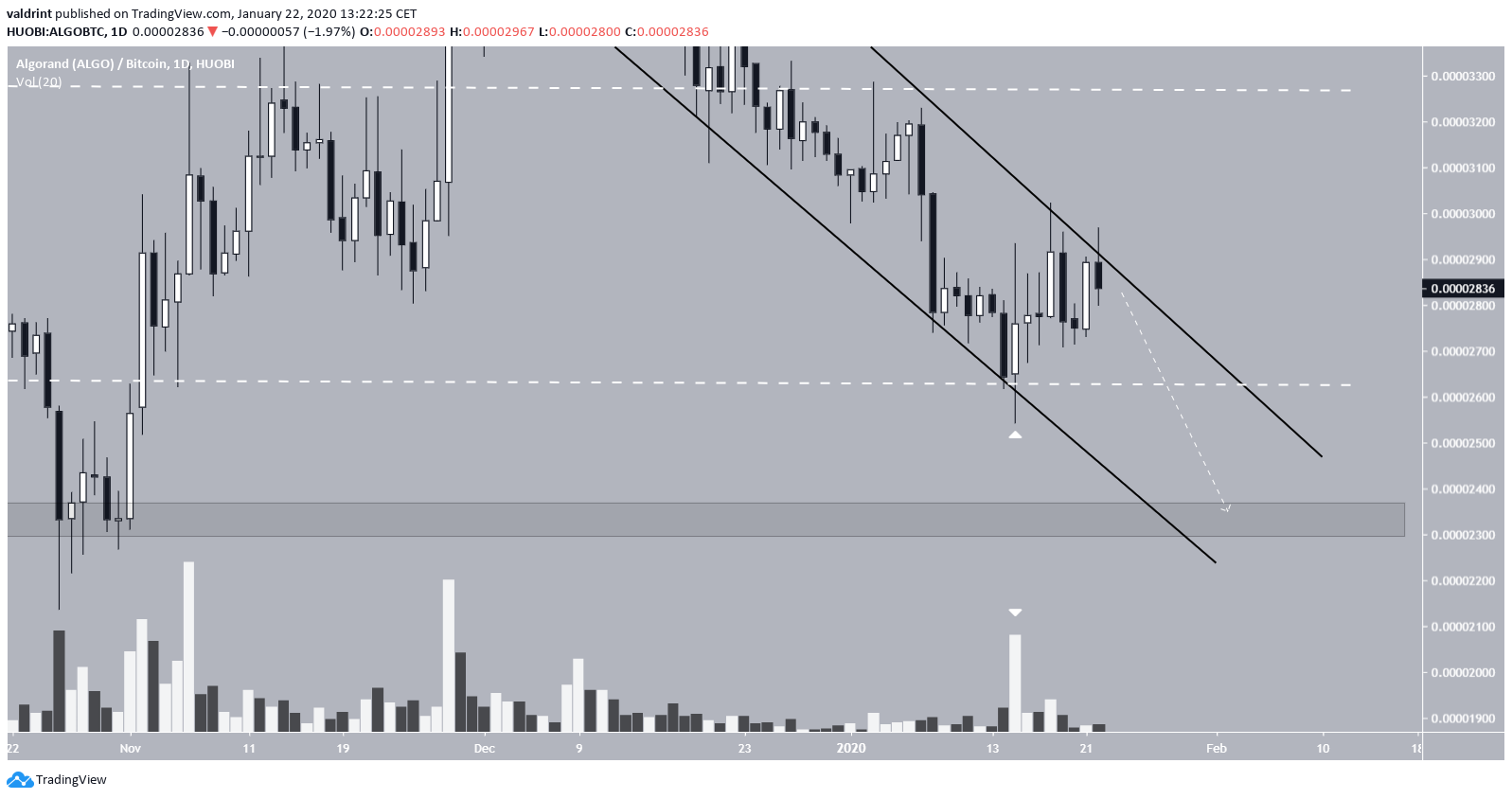 To conclude, the ALGO price has been correcting since October 30. While it has shown some signs of a reversal, we cannot confidently state that the price will break out above the current downward trend.

The post ALGO’s Breakout Could Take It to 3300 Satoshis appeared first on BeInCrypto.