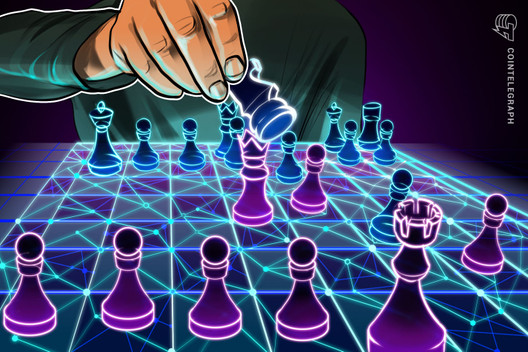 Algorand to provide creation of nonfungible tokens for the gaming industry within the Blockchain Game Alliance.

Algorand, known for providing technology to a number of national digital currency projects, is now officially a BGA member. They join more than 60 BGA companies, such as ConsenSys and MakerDAO, according to the BGA website.

Announcing the news on July 2, Algorand said that the firm will be contributing to the BGA as a member and supporting sponsor.

By joining the alliance, Algorand wants to bring a number of benefits to the gaming industry. These include the simple creation of nonfungible tokens, or NFT as well as new monetization models. Algorand promises to provide increased network speed, reduced transaction costs, expanded market opportunities for players and publishers, and “community ownership of the entire gaming ecosystem.”

Founded in 2019, the BGA intends to boost blockchain adoption in gaming. They also seek to represent blockchain gaming and major game industry events with sponsorship from leading technology companies.

Shamir Ozery, marketing programs director at Algorand, highlighted that the new partnership will contribute significantly to mainstream acceptance of blockchain tech in the gaming industry. He wrote:

“Our partnership with the BGA is an opportunity to spread awareness about blockchain technologies and encourage adoption by highlighting their potential to foster new ways to create, publish, play, and build strong communities around games.”

The news comes shortly after Algorand was recently selected to record official chess ratings on blockchain as FIDE Online Arena launched digital games. To commemorate the opening of the Algorand-based chess ratings, Algorand founder Silvio Micali played a round of chess against chess grandmaster, Sergey Karjakin, on June 18.

Founded in 2017, Algorand is a major blockchain project focused on creating a transparent system for decentralized projects and applications. The Algorand protocol has been widely implemented worldwide, with the Republic of the Marshall Islands selecting Algorand as a technology partner for the country’s national digital currency in March 2020.

Algorand’s native token, ALGO, was originally distributed through an initial exchange offering on the world’s largest crypto exchange, Binance. It is now among the top 100 cryptocurrencies by market cap.