Algorand [ALGO] is up 32% Versus Bitcoin (BTC) Because of This 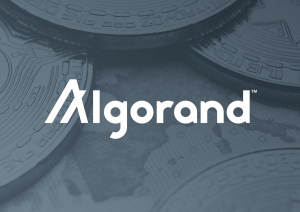 By adding roughly 20% versus the two leading coins, ALGO has now more than doubled in the past trading month, surging 80% according to statistics from coin trackers.

The coin is changing hands at 44 cents and up 20% against the USD.

At this valuation, ALGO is now up the rankings leaderboard with a $114 million market cap.

Already, there are 259 million coins in circulation from the 2.5 billion in total supply.

Spurring demand for the coin is what’s in store for ALGO coins in supply as laid out in their vesting schedule.

In their white paper, it was clearly laid out that after the first year, the amount of ALGO issued to Node Runners will be reduced from 50% to 3%.

The impending supply/emission shock, and given stable market forces of demand and supply, is what analysts say is driving ALGO’s prices.

“ALGO has been pumping because of new tokenomics that will reduce Node Runners issuance rate in 2020 from 50% to 3%. This is because of changing the vesting schedule (see below). Unvested ALGOs will vest over an accelerated 5-year period instead of the original 2.”

1/ $ALGO has been pumping because of new tokenomics that will reduce Node Runners issuance rate in 2020 from 50% to 3%. This is due to changing the vesting schedule (see below).

Unvested Algos will vest over an accelerated 5 year period instead of the original 2 (with a caveat). pic.twitter.com/bcDXV4dydq

ALGO vesting depends on an array of Factors

The unvested ALGOs will be vested over an accelerated 5-year period. In 2021, the vesting amount will rise to 8%.

However, the amount of ALGO to be vested will be accelerated over the years depending on prevailing market rates.

“The supply isn’t guaranteed to be unlocked over 5 years. As an example, if the price reaches $1.20 at the end-of-year 3 (167% from here), the total supply will be unlocked. This will put downward pressure if price gets out of hand by unlocking new supply.”