Akon sets out vision for his cryptocurrency and Akon City 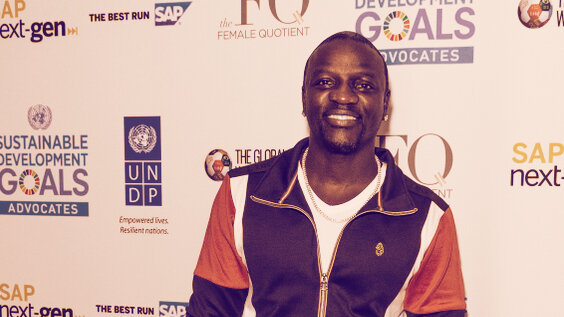 Grammy Award-nominated singer Akon outlined several potential use-cases for his upcoming cryptocurrency known as Akoin, in a talk at the Binance ‘Off the Charts’ virtual conference. Joined by Hollywood film producer and Akoin co-founder Jon Karas, the two discussed the current state of the Akoin project.

Akon made sweeping statements that the cryptocurrency will empower Africans and break down some of the major hurdles they face in their everyday lives such as inflation, government mismanagement of funds, and corruption.

Because many African fiat currencies suffer from rampant inflation, including the West African CFA franc used in eight African countries, he explained, it is very difficult to exchange these into other currencies. When he travelled to his home country of Senegal, he found that he was unable to exchange CFAs to Euros—which in combination with advice from Blockchain Capital founder Brock Pierce—led Akon to create his own coin.

To make it easier to exchange the tokens, they will have an internal conversion mechanism, which will allow holders to convert in and out of other cryptocurrencies, fiat currencies, and prepaid cell minutes—which are exchanged as currency by many Africans. The Akoin wallet app will also allow users to “learn, earn, spend, and save.”

Moderating the chat, Binance CEO Changpeng Zhao asked Akon whether Akoin would be accepted for his concert tickets, to which Akon replied: “The concert is one of the biggest utilization tools, not only for myself but all the others on my label. […] The whole idea is to be able to utilize crypto for everything that we’re doing.”

Akoin is currently expected to launch via an initial coin offering (IEO) on crypto exchange Bitfinex. Ten percent of the total supply, 45 million coins, will be sold at a rate of $0.15 each.

Akon also revealed new details about his upcoming Akon City project, elaborating on plans to turn the city into a healthcare hub.

According to Akon and Karas, Akon City is being built around a 5,000-bed state of the art hospital and has a medical ship nearby. The medical facilities in the city will be run by leading doctors and like everything else in the city, can be paid for using Akoin.

Akon also hinted that both the medical staff and general inhabitants of the city will also be paid in the cryptocurrency.

“There is potential for medical tourism over time,” Karas added.

To assist with bringing this vision to fruition, Akon was gifted a 2,000-acre parcel of land just outside of the Senegal capital of Dakar by the current president of the country, Macky Sall. Construction of the project began in March 2019 and could take up to 10 years to complete—assuming cryptocurrency will survive that long.