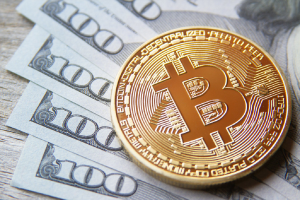 Africa is witnessing a surge in volumes of Bitcoin (BTC) traded on the top two peer to peer platforms – LocalBitcoins and Paxful – as the continent takes its seat in shaping up the fourth revolution currency.

After setting an all-time high recently, last week’s BTC traded volume in Sub-Saharan Africa (SSA) topped $13 million USD, setting a record high.  The soar to ATH set the region on a path to second surpassing South and Latin America on the logs. Now the continent only trails North America, where over $23 million in BTC was traded over the past week on both platforms.

Bitcoin Peer to Peer Trading in Africa at ATH

According to data collected on UsefulTulips.org, Sub-Saharan Africa is now the second-largest region in trading volumes on P2P exchanges after crossing the $13 million dollar mark. The swift rise in BTC adoption in the motherland is signaling a possible extended run in the coming days.

After a period of stagnation in 2018 and 2019 in overall BTC purchases as the coin corrected from ATH prices, 2020 is finally offering a glimpse of re-accumulation – and Africa is leading the charge.

The total volume of Bitcoin traded across SSA countries grew by 12% in the past week form $11.7 million. This sent the region to second on the log surpassing the slowing Latin America, which saw its volumes dip from $13.5 million to $11.1 million week-on-week.

Africa’s P2P BTC trading is heavily dominated by the continent’s largest economy, Nigeria, which recorded a total of $8.6 million in BTC – up 14.6% in the past week. South Africa and Kenya take up the top three spots with a total of $1.8 million and $1.625 million respectively.

What is and what’s not…

It has been a long and hard fight for BTC to gain widespread adoption across one of the continents that need it most. The failed systems of government, corruption and inflated currencies are al screaming for a solution like BTC to improve the accountability and provide a hedge against the local currencies. However, this rhetoric may be a narrow view of why the P2P volumes are surging.

Africa remains one of the regions that is witnessing mass education on Bitcoin with Nairobi, Johannesburg, and Lagos providing hubs for blockchain projects and educative centers. Moreover, an already familiar population with mobile payment systems – like Kenyans with MPESA – pushes for easier adoption of the digital currency within the country.

Lest we forget, crypto exchanges in Africa are still yet to fully mature and still face barriers of entry when available. Case in point, Binance’s recent expansion to Africa, allowing multiple countries to buy and sell crypto using local currencies still needs users to have a bank account that pushes users to peer-to-peer platforms.