Activists rally to save Internet Archive as lawsuit threatens site 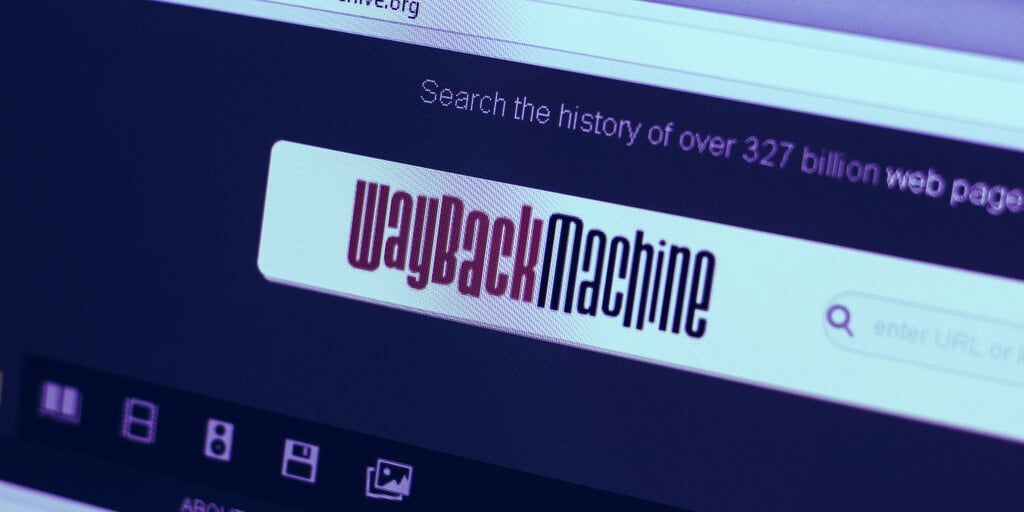 The Internet Archive is a massive endeavor—it’s an online library aiming to “provide Universal Access to All Knowledge.” It has digitized millions of web pages, movies, photos, recordings, software programs, and books that might otherwise be lost to history.

But it’s neither un-censorable nor outside the bounds of copyright law. And now open internet supporters are wondering how to save it before it disappears.

In March, as the COVID-19 pandemic led to the shutdown of public libraries, the Internet Archive created the National Emergency Library and temporarily suspended book waitlists—the kind that make you cool your jets for 12 weeks to download “A Game of Thrones” onto your Kindle—through the end of June. In doing so, it essentially allowed for a single copy of a book to be downloaded an infinite number of times.

Perhaps in response, today the Internet Archive announced it was closing the National Emergency Library two weeks early. Founder Brewster Kahle wrote that he hoped the plaintiffs would “call off their costly assault.”

If the court finds that Internet Archive “willfully” infringed copyright, the library could be on the hook for up to $150,000 in damages—per each of the 1.4 million titles. (You do the math.)

That would likely be game over for the archive. Even an unintentional act of copyright infringement carries statutory damages of at least $200, which would put damages in the hundreds of millions.

Many are preparing for the worst, a complete shutdown, but doing so is no easy feat. Many open-Internet activists have been discussing how to back up the archive and make it more resilient for years. The temptation would be to employ a distributed system, such as a blockchain, that would be censorship-resistant and couldn’t be legally shut down. Yet the amount of data makes any attempt at backing up the archive difficult.

The INTERNETARCHIVE.BAK project aimed to scope out the viability of archiving the Internet Archive’s data, which numbers in the petabytes. It has been inactive since 2016. Other projects have similarly stalled.

Some decentralization stalwarts and open-information advocates are urging people to donate or rally to the organization’s side. Doing so would help it pay for legal costs and perhaps buy time to move some of the archive’s resources elsewhere.

You can donate to the Internet Archive, including with several cryptocurrency options https://t.co/cVUIieufWo

The Internet Archive plays an essential role in preserving our collective history online, and has been an invaluable partner in our news preservation efforts. https://t.co/E87ETQRMzv

According to the publishers, copyright violations are damaging to the industry, which makes money off of selling to libraries and bookstores alike. According to the Denver Public Library, “Libraries pay three-to-five times more than retail price for eBook access. If an individual is charged $15 for an eBook license, a library often pays $50 or even $84 for one license.”

That price model makes sense since eBooks make the rounds to multiple library users. And if librarians face large demand for popular titles, they may have to buy multiple licenses—otherwise readers might face a very long wait.

Kahle has urged reconciliation. “Publishers suing libraries for lending books, in this case protected digitized versions, and while schools and libraries are closed, is not in anyone’s interest,” he wrote on the organization’s blog. “We hope this can be resolved quickly.”

Privacy browser Brave now digs up the Internet’s past

But given the tone of the lawsuit, the publishers take issue with Internet Archive’s mission as a whole, suggesting that they were waiting for some pretext to take the entire organization down: “Without any license or any payment to authors or publishers, [Internet Archive] scans print books, uploads these illegally scanned books to its servers, and distributes verbatim digital copies of the books in whole via public-facing websites.”

With the publishers seemingly out for blood, all of the digital archives are at risk. Those who rely on it to keep a digital history of our world may be running out of time, though the last chapter has yet to be written.