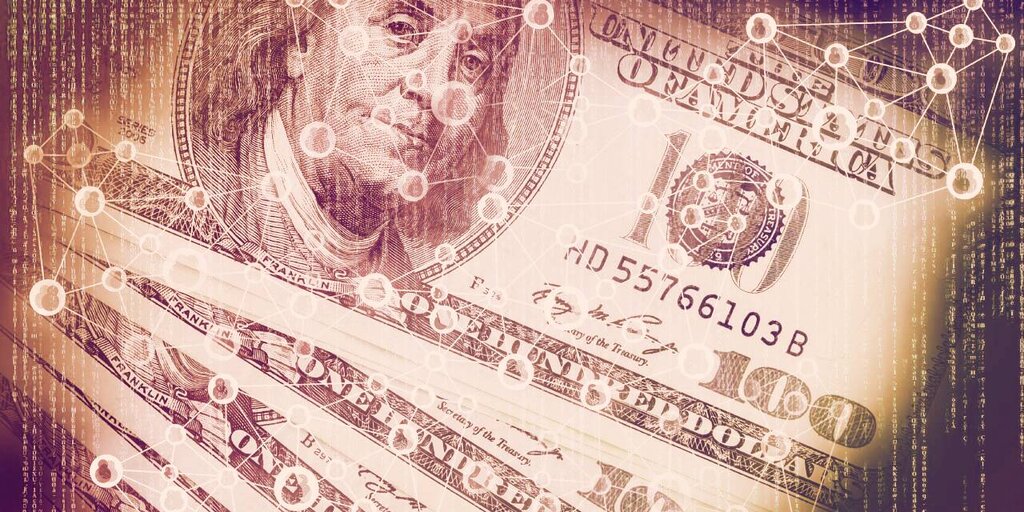 The next major technological arms race will be over digital currencies—and the US needs to ensure it doesn’t fall behind, says Christopher Giancarlo, former Commodity Futures Trading Commission chairman and head of the Digital Dollar Project.

Last week the Digital Dollar Project released a whitepaper that outlines the steps for introducing a Central Bank Digital Currency (CBDC) in the US. The proposed CBDC would be a “digital bearer instrument” and a “token-based digital representation of money” that is effectively the same as a tokenized version of a Federal Reserve note. It would represent the liabilities of the Fed, as opposed to digital money—such as funds from a PayPal transaction—that represent a liability of the issuing commercial bank.

Speaking with Decrypt media partner Forkast, Giancarlo said unless the US acts quickly and updates its financial infrastructure, the US dollar risks becoming the British Pound of the 1920s—a currency that slid from its comfortable spot at the top very quickly.

“Just as so much of our physical infrastructure in the West, our bridges and our airports and our mass transportation systems that were once state of the art have been allowed to age and decay and not be updated, the same is true about a lot of our financial market infrastructure,” Giancarlo said. “If the United States brings those values to bear in the future of digital money, the United States is a winner. In London in the 1920s most Britons said, ‘pound sterling is the currency of the world, what’s ever going to change?’ Well, it changed a lot in the late part of the 20th century… The same could happen to the dollar.”

Giancarlo also pointed out that with economic hegemony comes the soft power of being able to export values; the world’s rules-based order is a product of the USD being the prominent currency.

“The United States needs to be involved now if we have an expectation that our values will be built into future money.”

The US isn’t the only player in the game, however. China is already working on a CBDC—the DCEP—and has the motive, means and opportunity to internationalize the RMB and bolster its sphere of influence. Despite the size of China’s economy, the RMB is the world’s eighth most traded currency according to the Bank of International Settlements, placing it behind the Swiss Franc and the Canadian dollar, accounting for only 4.3% of international currency transactions.

A Chinese rules-based order won’t have much international buy-in if the world settles its transactions in USD, not RMB. Beijing is well aware of this and knows that a Chinese century needs to be denominated in RMB—hence the urgency to get the DCEP off the ground and bring more liquidity to their currency.

The politics of CBDCs

Would a digital RMB turn the world on to settling transactions in Yuan? Can a software layer improve a currency’s liquidity? Billionaire investor Tim Draper doesn’t think so. Draper, a critic of all CBDC efforts, doesn’t see it as a useful endeavour as it doesn’t change the fundamentals of its value which are dictated by “the politician at the top”.

“Trying to digitize the dollar makes no sense. You’ve got the dollar. You now have a better currency—you have Bitcoin, you have Tezos, you have other currencies that are just better. They are faster, more friction-less.”