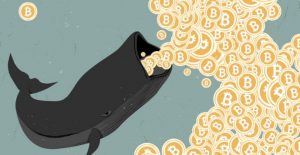 A large transaction of over 43,000 BTC has been moved from Bittrex cryptocurrency exchange wallet to an unknown wallet according to Blockchain.com, a bitcoin explorer.

A giant amount of over 43,654 BTC, currently worth slightly over $310 million USD, has been moved from one of the largest crypto exchanges, Bittrex, to an unknown wallet raising questions of a possible dump or HODLing situation. The transaction, as viewed on Blockchain.info shows the transaction was recorded on block 606,587 with a miniscule fee of 0.00013920 BTC, roughly $1 USD paid.

While the fee paid is tiny as compared to the fees in the traditional systems, the movement of the value without any government, bank or authority having control is the most noteworthy point here. Bitcoin is gaining more and more reputation as a safe, anonymous and cheap way to make large transactions across borders. The benefits of transacting in Bitcoin witnessed through this Bittrex transaction makes a strong use case for adopting cryptocurrency.

With the transaction taking a mere 591 bytes to be recorded, and about 7 confirmations to be completed, the issue of scalability in large transactions is minimized.

In November, a whale moved about 44K BTC in a transaction that charged them less than a dollar. In September, HardFork publication reported a case of a whale moving close to $1 billion in BTC value for a mere $700 USD in fees.

The post A Whale Moves Over $310 Million USD in BTC From Bittrex For a Mere $1 USD Fee appeared first on Coingape.