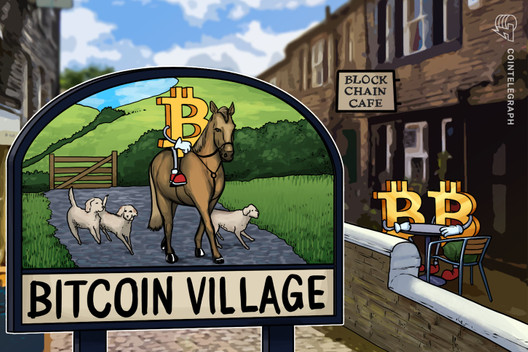 An initiative helped to implement a Bitcoin-powered economy amid the COVID-19 crisis.

El Zonte, a village located in El Salvador, was hit hard by the COVID-19 pandemic. In response, the community implemented an economic system based in Bitcoin (BTC).

According to a report published by Forbes, the community’s BTC-powered economy began to take hold after an anonymous donor gave a multi-year, six-figure donation to El Zonte in early 2019.

Bitcoin used to pay for anything within the town

Residents started to adopt Bitcoin as a local alternative to conventional financial solutions after their tourism sector was decimated by the pandemic.

The article details that Bitcoin owners are able to use crypto to pay for anything in the town, including utility bills “and tacos.” Tokens are also apparently being used to acquire school buses.

Michael Peterson, who worked with the anonymous donor to distribute the funds, commented on the initiative:

“As we injected Bitcoin into the community, we also taught local businesses how to accept it and helped to educate them on the advantages and drawbacks of accepting Bitcoin. There was a lot of resistance among the adults, [it was ] too technical. So we moved on to youth, they picked it up right away. The key is to get them to start transacting right away, then they want to learn more about it, the security of it, and how it works.”

In February, Cointelegraph Spanish reported that Bitcoin Beach and Athena Bitcoin installed the first BTC ATM in the village.