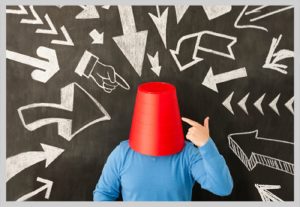 A trader has accidentally placed a limit buy order for Hedera Hashgraph (HBAR) at Binance that will probably cost him $9,066, the spot price of Bitcoin (BTC).

Hedera Hashgraph, its creators say, is a “decentralized public network where anyone can carve out a piece of cyberspace to transact, play, and socialize in a secure, trusted environment.”

From a screen grab that’s not doing rounds in Reddit, the trader probably meant to buy Bitcoin. But he switched pairs quickly and instead a $9,066 buy order was placed requesting purchase of HBAR at $0.0.

An irreversible blunder, the order was filled, and the transaction confirming the swap between fiat and HBAR was completed.

HBAR is trading at $0.054 at Binance, one of the largest cryptocurrency exchanges by adjusted trading volumes, and because of high liquidity, the order didn’t take long to fill.

With hindsight, the order was a golden opportunity for traders who had placed bets against the success of HBAR. The coin has proved critics wrongs and has continued to maintain an upward trajectory after the late February dip in crypto prices.

In the last trading day, the coin is up double-digits, adding 25% against the greenback. Week-to-date, HBAR has added 51%, an impressive performance and a mark of confidence by traders.

Partnership with Google, Prices may never go back to Zero

Aside from above-average market performance, it has a deal with Google that will see the Search giant run a node on its Google Cloud Platform (GCP) as it builds a global, distributed network.

“Google, alongside other council members, are responsible for maintaining Hedera’s global infrastructure, protocol and product to create a trust layer for the internet. Google has joined our governance council because the company appreciates the model we’ve created.”

But it gets more interesting because per Google’s estimation, they project to generate a whopping $1.9 billion by 2024 from this partnership. Given this bullish estimation, HBAR could be undervalued with a massive upward potential.