A Renowned Crypto Analyst Predicted This Bitcoin (BTC) Carnage 5 Months Ago; What’s Next? 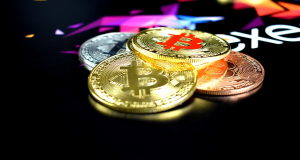 At press time, it is evident that Bitcoin (BTC)-and the entire cryptocurrency market, is capitulating. With double-digit losses and a Domino effect that is quickly spreading across all blockchain sectors, the importance of Bitcoin as an anchor coin is being revealed.

Down 21% week-to-date, it would seem as if bears are getting started, confirming what Tone Vays, a cryptocurrency analyst and a former Wall Street Exec, had predicted five months ago.

Through a tweet, Tone Vays sounded an alarm, warning market participants of a possible decline, stating that bears of 2018 could flow back, reversing June’s stellar gains, in a 40%-50% correction that will take prices below the $7,000 mark.

“Trading Bitcoin from to take a look at the current drip from $14k and see if there is another high incoming or we finally on path for that 40-50% correction.”

Then, Bitcoin was trading at 2019 highs, and many analysts and supporters were angling for a return to $20,000. Understandably, there was no reason to be downbeat. A resurgence from $5,500 and a lift off to $13,800 was at the back of supportive fundamentals and the expectation of a Bitcoin ETF approval by the US SEC.

“Forget about 50% correction, won’t happen now that we are less than a year away from halving.”

Another couldn’t let his dopamine fade:

“Too bad, there are so many ppl on the side waiting for 10K, 9K, 8K, 7K Bitcoin. I personally think Bitcoin will never drop down to 10K again. Bitcoin has changed a lot from past bear market and as always thanks to 2018 market for making us.”

A Fall Before An Exponential Rise

Tone Vays prediction has, unfortunately for HODLers, come to pass. Presently, Bitcoin is down 6.6 percent in the last day and trading at $6,700 level.

But there are some positives to be taken from these market events. Notably, despite the downturn, the level of market participation in on the rise if hash rate is anything to go by.

While miners will have to contend with low rewards, the resulting scarcity will spur demand, lifting BTC in the medium to long term.

How much has #Bitcoin rallied as a result of its Halvings to date?

Even if there is a declining tendency in growth…

When do you think will Bitcoin price make a reversal? Share your views with us in the comments below!

The post A Renowned Crypto Analyst Predicted This Bitcoin (BTC) Carnage 5 Months Ago; What’s Next? appeared first on Coingape.