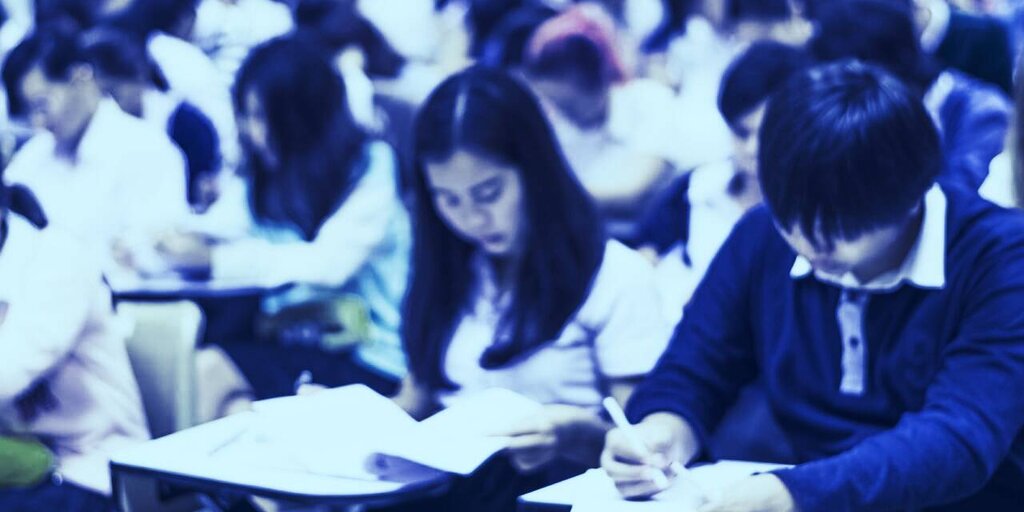 Every year, 10 million students take China’s national college entrance examination, known locally as the “Gaokao”. Students preparing for this year’s grueling exam, scheduled for July 7th and 8th, could well be asked to analyze the economic geography of the Bitcoin mining industry.

A leading education publisher’s mockup Gaokao exam has a question that asks students to provide an analysis of why Bitcoin mines would be clustered in the province of Sichuan, according to a screenshot of the paper. Students are given some context of the province’s geography: rich in hydropower, the infrastructure is overbuilt for the population base and plenty of hydropower is wasted. From there, students are asked to analyze why Bitcoin mines would want to operate in the area, and how seasonality would affect the industry.

Two students that spoke to Forkast said that the question was a fairly easy one, and the theme of economic geography comes up ever year—though the context of Bitcoin mining was a topical twist on an old theme.

Other reports from local media in China indicate that Bitcoin mining has appeared as a topic in other publishers’ exam prep books, with questions ranging from defining how the process works to exploring issues like pollution and e-waste.

As the Gaokao is written by an enormous cross-section of Chinese society, like the USA’s SATs or the United Kingdom’s A-Level exams, the questions asked become deeply rooted in the broader cultural zeitgeist of young people. They’re also considered to be a barometer of the most important political topics at all levels of government.

For example, the civics section of 2007’s Gaokao focused heavily on the 11th 5-year plan, a quinquennial set of economic and development initiatives presented to China’s congress. On 2014’s test, the Belt and Road Initiative, introduced earlier that year to drive economic growth in China, took center stage.

In 2020, Bitcoin mining has been elevated to the same level. As the industry becomes more established in China, it’s something educators believe that young people should know about.